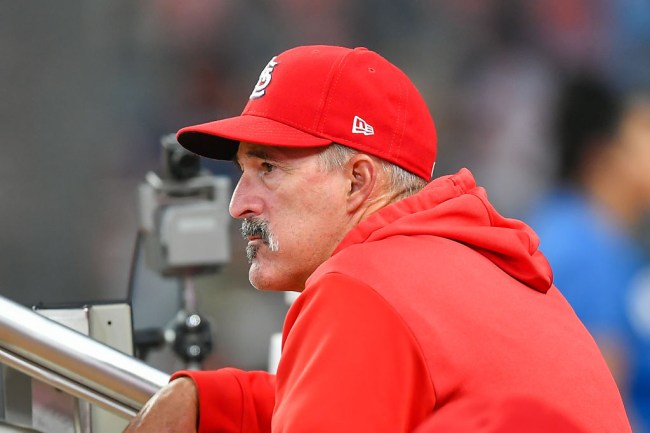 It turns out Cardinals pitching coach Mike Maddux is a pretty lucky guy on the golf course because he had not one, but two aces on Monday prior to Game 3 of the NLCS.

Big day for @Cardinals pitching coach Mike Maddux who had TWO hole-in-ones at the Army/Navy course today. His 5th and 6th… pic.twitter.com/3PNc9PzsS1

Hole-in-ones are a funny thing because when it’s somebody else that hits one and you’re a person that doesn’t have one, it can get under your skin a bit. When somebody hits two in the same round though, yeah, that just straight up pisses you off.

I wouldn’t know that feeling though, I have a hole-in-one, no big deal at all. We don’t have to talk about it….well ok I was 15-years-old and semi-bladed an 8-iron that caught the flag and dropped.

Nevertheless, I can’t imagine the thrill of hitting two in the same round.

We can’t not talk about the fact that Maddux had two hole-in-ones on the day yet didn’t manage to shoot under par; that almost certainly took the wind out of his sails at the end of the round.

One would’ve thought that him carding two aces the morning before Game 3 of the NLCS would’ve been a good omen for the Cardinals, but that wasn’t the case as St. Louis got smacked by the Nationals 8-1 on Monday night.