Carl Nassib Has The Top-Selling Jersey On Fanatics One Day After Coming Out, Which Is Big For The NFL And Its Fans 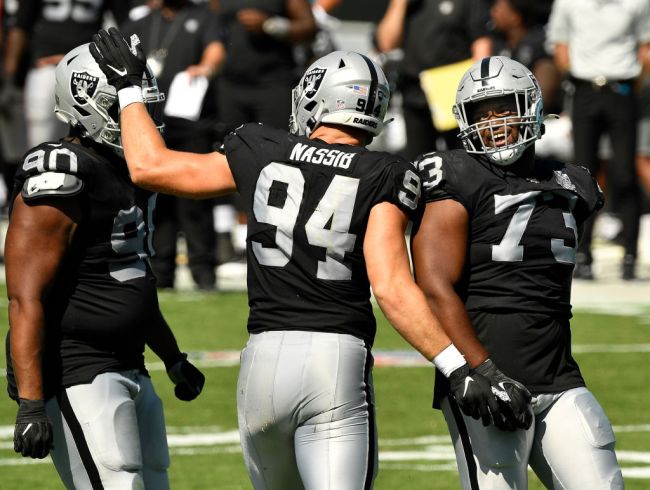 Many NFL fans may not have known of Carl Nassib until yesterday. Now, he is on his way to being in the history books.

On Monday, Nassib— who plays for the Las Vegas Raiders— came out as gay in an Instagram video. Although there are 15 NFL players who previously came out, none ever played a down in a game. This means Nassib will likely be the first openly gay player to take the field.

Fans showed their support on social media, but also put their money where there mouth is— Nassib’s No. 94 jersey is now the top-selling jersey across the Fanatics network.

Raiders’ DE Carl Nassib is the top-selling NFL jersey across the @Fanatics’ network both yesterday and today.

Nassib already received support from plenty of current and former players, along with NFL commissioner Roger Goodell. However, this is important for the NFL and its fans.

As a reminder, it was just five years ago that Colin Kaepernick took a knee during the national anthem— an act that many fans to disapproved of and even led some to boycott the league.

Of course, there will likely be fans that will send negative messages to Nassib and continue to boycott the league. But, right now, the majority of fans are for Nassib and for growth. As JJ Watt tweeted, “hopefully someday these types of announcements will no longer be considered breaking news.”

For those looking to snag a Nassib jersey before they sell out, they can do so here.