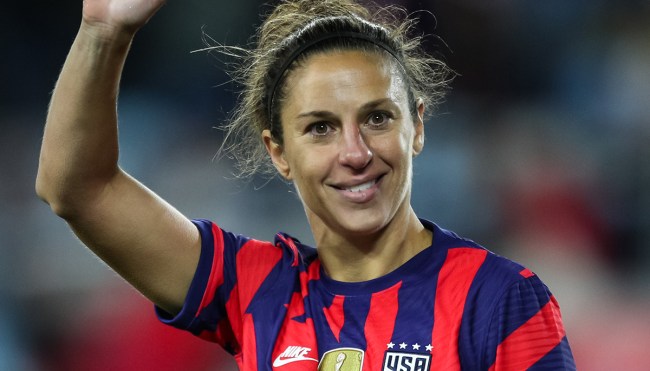 We live in a day and age where most people rely on companies to ship products directly to their doorstep, and you’d be hard-pressed to find many people out there who don’t have at least one horror story about their delivery going awry at some point during its journey to their home.

There may be plenty of examples of the good men and women who work for the USPS, FedEx, UPS, and other services going above and beyond to ensure whatever they’re dropping off makes it to its destination safe and sound. However, those tend to be overshadowed by instances where they make some fairly inexplicable decisions (it’s been ten years since someone manipulated the vinyl record marked “FRAGILE” I ordered into the shape of a halfpipe so it’d fit in my mailbox and I still think about what was going through their head on a regular basis).

On New Year’s Day, former United States women’s soccer phenom Carli Lloyd used Twitter for its intended purpose—complaining about minor inconveniences— by hopping on the platform to share a now-deleted post about a FedEx driver who’d declined to put a number of packages under her front awning on a rainy day. 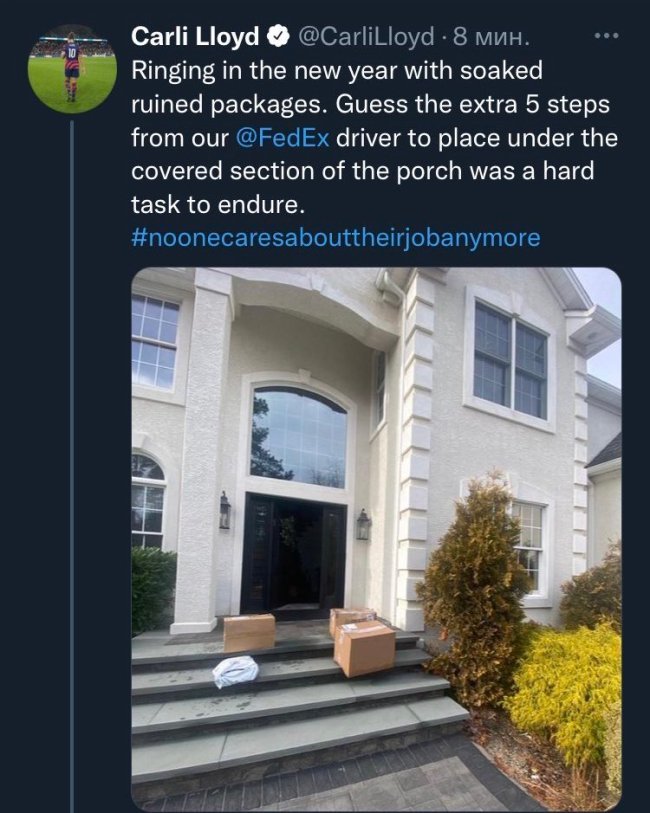 It’s safe to assume Lloyd assumed others would be sympathetic to her plight, but as she learned very quickly, that was not the case. While she didn’t expose the identity of the driver, plenty of people weren’t thrilled with her decision to criticize someone in a notoriously low-paid and overworked profession (she also didn’t do herself any favors by pulling out some fairly antiquated and tired arguments when defending the initial tweet). 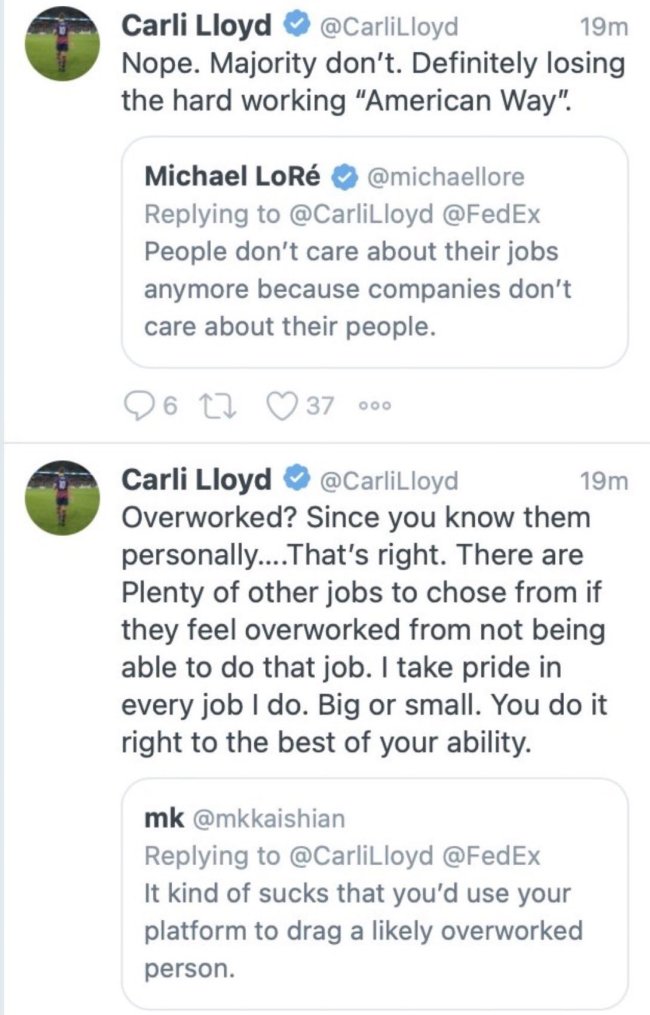 This is a big L posting about this

This is a terrible take. Most delivery people are not paid an hourly wage but per package they deliver. And that is normally a nominal amount. Therefore they have get round between 150-200 packages minimum if they want something half decent. Blame the company not the employees

This is quite tonedeaf in general, but especially in these current times. Please rethink and reconsider

A delivery worker a week after Christmas? Yeah, putting my money on overworked. If you want to experience the fun, sign up to do DoorDash for a week.

(Please ignore her recent vacation to the Maldives and her multiple upcoming ski trips.) pic.twitter.com/WXfP6V8yBZ

Lloyd eventually took down all of her tweets about the delivery and then appeared to announce her decision to take a break from Twitter.

Bye Twitter ✌🏼. I usually know better than to come on here amongst the warriors!