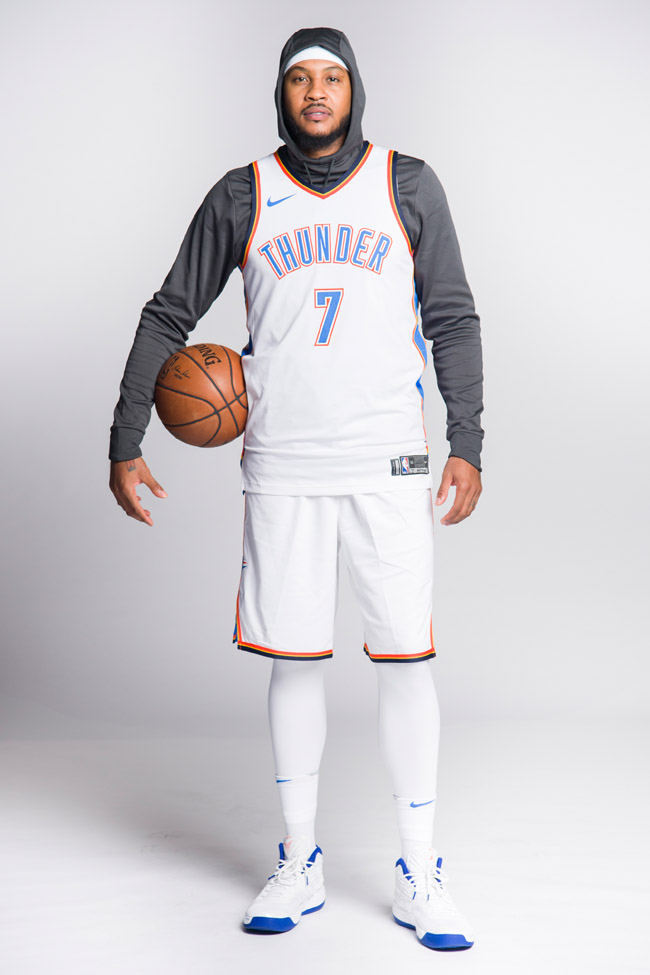 If you are a New York Knicks fan, first off let me say I’m sorry. As a lifelong Chicago Bulls fan I know how it feels to not have won an NBA Championship in decades. Not as many decades as you, but enough to know how much it sucks.

Plus, you’ve had to deal with that whole Phil Jackson debacle and the fact that the Knicks have only had a winning record three times since the 2000–01 season.

By comparison, the Bulls have had a winning record 12 out of the last 13 seasons. Oops, sorry, that’s a little like rubbing salt in your wounds. Kind of like Carmelo Anthony just did when discussing how he feels about joining the Oklahoma City Thunder.

Speaking over the weekend, Anthony said that he felt “born again” and compared being on the Thunder to being on the Olympic team, referring to himself now as feeling like “Olympic Melo.”

“Olympic Melo connotation comes into play [where] I’m surrounded by great players,” Anthony said. “I try to get where the game is easier for myself, easier for everybody else. That’s where I can come in and not have to do too much and bring my game and help me blend with other guys.

But wait, he wasn’t done rubbing it in his former team’s face.

“I’m like born again a little bit,” Anthony said. “I feel like I’m in college again. My second college campus being around in a city with a college feel. The energy and joy is back with the game of basketball. I can feel it when I wake up. That energy is different. I think you’ll see something special.”

Hard to believe that a guy would be happy to move from a team that last won an NBA Championship in the 1972–73 season to a team with players on it like Russell Westbrook and Paul George, huh?

Oh yeah, both of those guys also just happened to play with Melo in the Olympics. How many times could Anthony have said that about the Knicks?