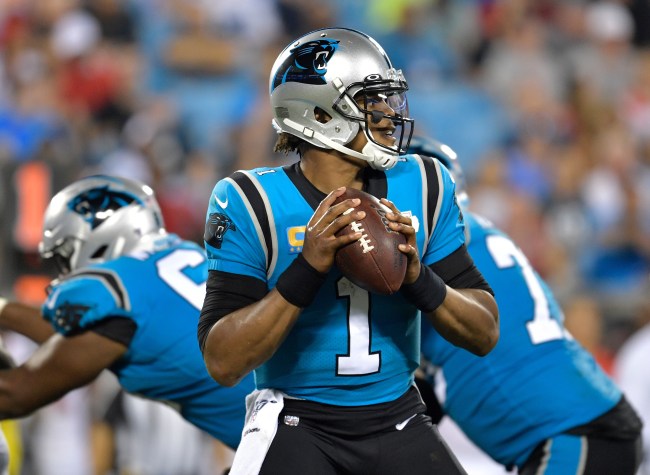 It seems like Cam Newton’s time in Carolina is over.

On Tuesday afternoon the Carolina Panthers granted Cam Newton permission to seek a trade with another team which signals the end of his nine year run with the team.

The Panthers on Tuesday gave quarterback Cam Newton permission to seek a trade. General manager Marty Hurney met with Newton and his representation to discuss the plan, signaling the end of a nine-year run in Carolina.

“One of the distinct pleasures of my career was selecting Cam with the first pick in the 2011 draft,” Hurney said. “Every year difficult decisions are made and they are never easy. We have been working with Cam and his agent to find the best fit for him moving forward and he will always be a Carolina Panther in our hearts.”

According to ESPN’s Dianna Russini the Panthers are pursuing Teddy Bridgewater to replace Newton as their starting QB.

Unfortunately for the Panthers, several teams have reportedly shown interest in Bridgewater this offseason which will likely drive his price up.