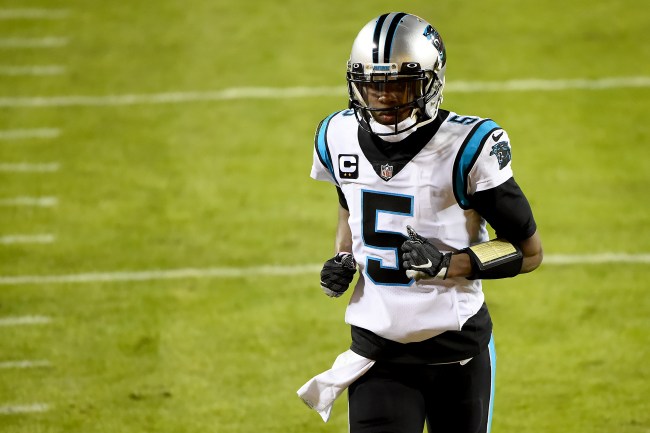 The Carolina Panthers are positioning themselves to trade for Deshaun Watson this offseason and Teddy Bridgewater doesn’t seem happy about it.

This week the team released several players to clear nearly $20 million in a salary cap space.

The Carolina Panthers cleared $19.9 million in salary-cap space this week with the release of four players, including three on Friday.

The release of Pro Bowl defensive tackle Kawann Short on Wednesday and of defensive end Stephen Weatherly, safety Tre Boston and punter Michael Palardy on Friday improved the team’s cap space to $28.473 million heading into the start of free agency next month. Boston’s release won’t be official until the league year starts March 17, with a post-June 1 designation, according to a source.

According to ESPN’s David Newton, the move is a clear indicator that the team is set to make a strong run to trade for Watson if the Texans make him available.

The Panthers, per a source, plan to make a strong run at Houston quarterback Deshaun Watson if the Texans grant the former Clemson star his wish to be traded.

Bridgewater, who is currently the starting QB in Carolina, unfollowed the Panthers on social media after the moves.

It appears that the Panthers are dead set on moving from Bridgewater even if they don’t trade for Watson.