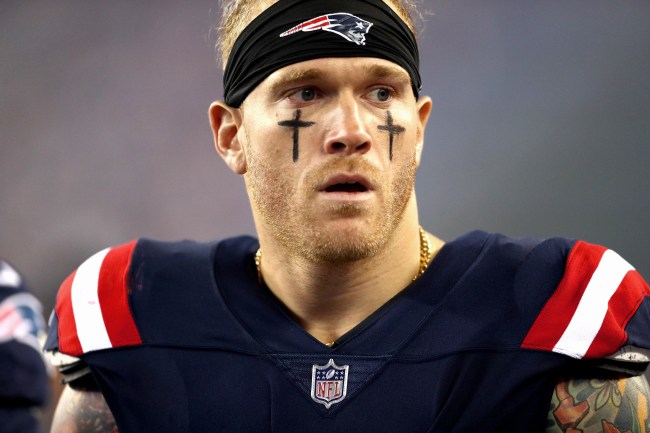 Defensive end Cassius Marsh played nine games with New England after being traded from Seattle in September, and that stint nearly made him quit football entirely.

The 25-year-old UCLA product recorded 16 tackles and one sack with the Patriots before “basically” asking Bill Belichick to cut him. Marsh felt that his pass rushing skills weren’t being utilized and that he was primarily sued to cover running back and receivers.

Now a 49er, he told The San Francisco Chronicle:

“I confronted (Belichick) about all the things that were going on. I won’t get into detail, but it was B.S. things they were doing. I just wasn’t a fan. And so I, basically, without asking to get cut, I kind of asked to get cut. … I had confidence that I would have an opportunity elsewhere and I would take advantage of it.”

In six games with San Francisco last season, Marsh racked up 10 tackles, two sacks and two forced fumbles, prompting the team to sign him to a two-year, $7.7 million extension.

Marsh’s gripe with the Patriots extended beyond their inability to utilize his talents, he openly rebuked The Patriot Way.

“They don’t have fun there. There’s nothing fun about it. There’s nothing happy about it,” Marsh said. “I didn’t enjoy any of my time there, you know what I’m saying? It made me, for the first time in my life, think about not playing football because I hated it that much.”

This “I’m not having fun” bullshit pisses me off. Hey Cassius, 99% of the workforce wants to swan dive off the Empire State Building. Complaining about not ‘having fun’ at your job is like complaining about not getting pleasure from a root canal. The only difference is you aren’t getting paid millions to get your teeth drilled.

But have fun drowning with the 49ers for the next 5 years.