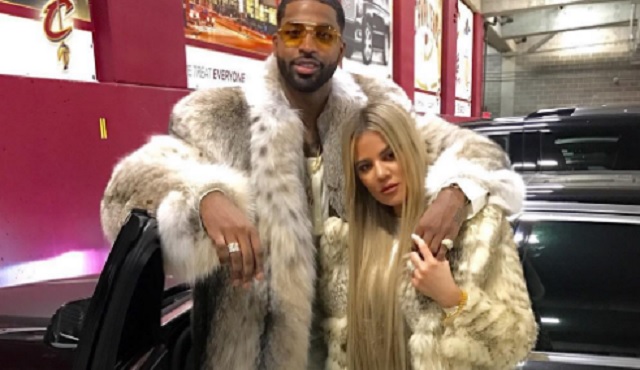 Khloe Kardashian was not being subtle when she spoke about getting married and having kids in a recent interview. The 32-year-old sister of Kim Kardashian drop some bombs and said that she’s willing to get married if Tristan Thompson proposed tomorrow.

Khloe Kardashian says she’s DEFINITELY down to marry Tristan Thompson … even though he hasn’t exactly proposed yet. “I would love to have a family,” Khloe told ES Magazine when asked about her relationship with the NBA star … “We’ve talked about it.”

When asked point-blank if she would accept a marriage proposal, Khloe responded, “Yes, I would.” There’s more … in the interview, which appears in the April 12 edition of the mag, Khloe was also asked about starting a family with Thompson. “He [already] is a father, and I know for a fact that he would be an impeccable father. I definitely want to be a mom. But I don’t put the pressure on it. It’s not like, ‘the clock is ticking.’” Tristan has a 4-month-old son with another woman — but clearly, that doesn’t appear to be an issue for KK.

This is not the news Cavs fans wanted to hear as the team is about to enter the playoffs.

The Kardashian curse is a real thing and Tristan Thompson needs to stop fucking around for the sake of the team. #Facts

Tristan Thompson hasn't missed a game his whole career… that was until he started dating a Kardashian, the curse is real folks.

Yo why is Khloe trying to ruin Tristan's career?? Please stop

And this why da cavs not repeating #KardashianCurse 😤🤦🏾‍♂️ https://t.co/xGD4imFmP6

I love the Kardashian's but they don't need to be in Cleveland…. right near the playoffs. They are a curse to basketball. Poor Cavs

@cavsdan the second he proposes, get him off the team. Its hard enough to beat the Warriors without the help of the Kardashian family curse. https://t.co/2XO9CPqpAM

If we find out that Bob Myers introduced Tristan and Khloe, he should be Executive of the Year.

If anyone can beat the Kardashian curse it’s LeBron James.