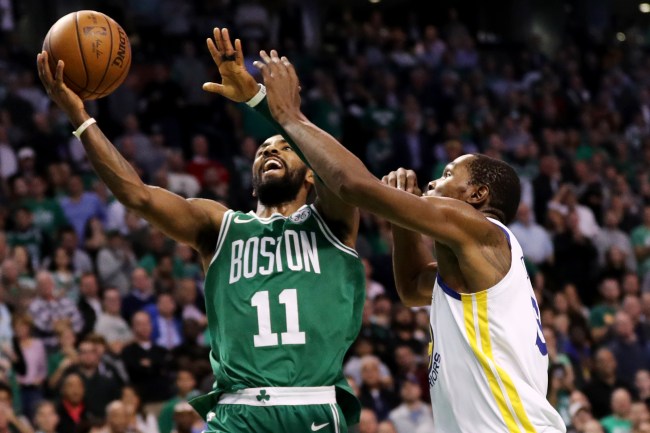 Last month the Boston Celtics suffered a huge setback when Kyrie Irving took some time off after his knee began bothering him.

The knee soreness first flared up during a March 3 Boston loss to Houston. The injury is a recurring problem that Irving first encountered in 2015, when he fractured his kneecap during the Finals. Over the course of this month, Irving has missed a total of five games. Earlier in the month, after leaving a game early, Irving told reporters that because of Boston’s good standing in the conference, he felt comfortable resting his knee for the sake of being 100 percent come playoffs.

The Celtics were optimistic that Kyrie would be ready to come back some time in the playoffs after he had “minimally invasive” surgery on his knee.

The Boston Celtics announced today that guard Kyrie Irving will tomorrow undergo a minimally invasive procedure to alleviate irritation in his left knee. Further information will be provided following tomorrow’s procedure, and the team will have no further comment until that time.

Unfortunately it appears that Kyrie isn’t feeling comfortable and will miss the rest of the regular season and the playoffs.

oF course Cavs fans had their fun.