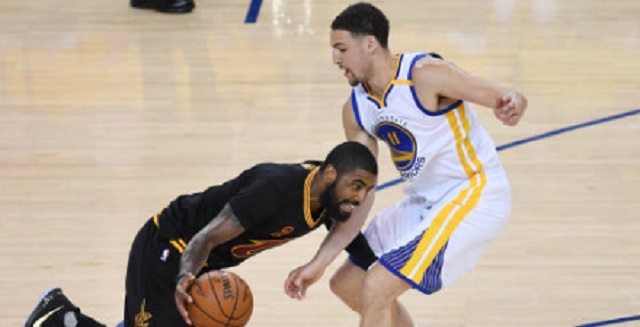 The Cleveland Cavaliers were pretty desperate to trade Kyrie Irving away after the disgruntled star told the team he didn’t want to play alongside LeBron James. According to ESPN’s Marc Spears, Cavs GM Koby Altman floated the idea of trading Kyrie Irving to the Warriors for Klay Thompson which was quickly rejected by the reigning champions.

It would be hard to believe that Altman could have landed a better trade than the Boston one. He did call the uninterested Warriors about Klay Thompson, a source said.

Klay Thompson appeared to be flattered by the trade rumors.

Klay Thompson on recent rumors: "It shows the Warriors believe in me and other teams want me to be a part of their success." pic.twitter.com/B6leAYfW5a

While Kyrie for Klay would have been crazy the Cavs were lucky the Warriors passed because they eventually got a better deal from the Celtics.