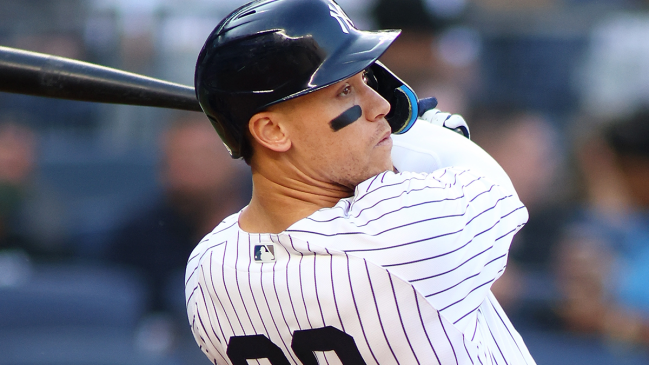 It’s been almost five years since people across Hawaii were understandably rattled after the Emergency Alert System blasted out a message that read “BALLISTIC MISSILE THREAT INBOUND TO HAWAII. SEEK IMMEDIATE SHELTER. THIS IS NOT A DRILL,” which is typically something you never want to see pop up on your phone.

Thankfully, that warning turned out to be a false alarm that should’ve theoretically taught anyone with the power to notify millions of people at once with the push of a few buttons the importance of having some sort of system in place to prevent a similar incident from unfolding.

However, it turns out that wasn’t the case.

Aaron Judge’s quest for his 62nd home run is obviously of slightly less importance than the threat of thermonuclear annihilation, but there are still plenty of people out there who are relying on their phones to keep up with the Yankees slugger’s quest to surpass Roger Maris and earn sole possession of the American League single-season home run record.

As a result, it’s easy to understand why many fans who have the CBS Sports app installed are less than thrilled with the apparent technical error that led to a premature announcement about Judge making history on Tuesday afternoon.

Judge headed into Tuesday with three games left to break the record, and the Yankees officially kicked off their final series of the regular season with a doubleheader against the Rangers in Arlington in the afternoon.

While he hasn’t gone deep as of this writing, plenty of people were led to believe that was the case courtesy of the push notifications that were sent out shortly after the contest got underway (the CBS Sports app also falsely reported Judge homered in the first and second innings, although Oswaldo Cabrera and Oswald Peraza were each responsible for those solo shots).

As you can expect, people weren’t thrilled with being duped into thinking they’d missed (or had the chance to retroactively witness) history.

Just got tricked by @CBSSports checked my phone and saw this and thought Aaron Judge broke Roger’s record. Rushed to the TV to see the replay and saw it was Cabrera not Judge who homered. #yankees pic.twitter.com/e8pGgHxlrh

Hey @CBSSports @CBSSportsNet You may want to do some fact checking before you post possibly historic news pic.twitter.com/XsvwgHjhBk

@CBSSports you need to check your app. That’s not funny. Judge did not homer. You’re playing with my emotions. pic.twitter.com/DOytFPnA2X

The @CBSSports app has kicked Aaron Judge HR watch into overdrive to the point that he now plays on both teams.

Anything to snood split screening this college football Saturday! pic.twitter.com/Qf0FxPSBE9

Here’s to hoping CBS Sports will have the chance to send the actual notification at some point in the next couple of days.