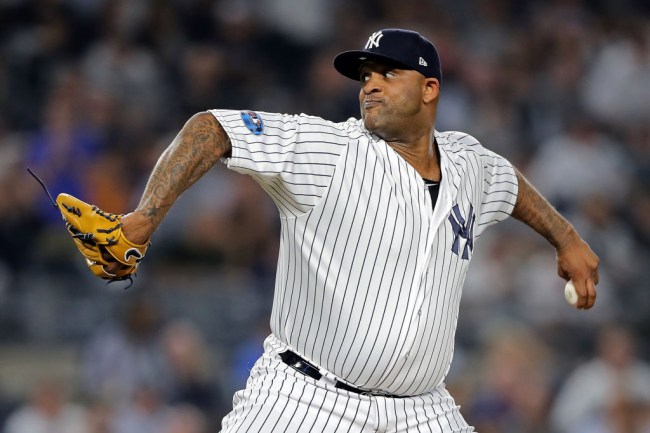 New York Yankees pitcher CC Sabathia ranks fourth all-time in MLB career earnings, hauling in over $250 million over his seventeen year career. He doesn’t need to lift a finger for the rest of his life to live more luxuriously than most of us could ever conceptualize.

$500,000 is peanuts to the 38-year-old six-time All-Star, but he was given it anyway by way of a performance bonus for the 2018 season, even though he technically didn’t deserve it.

Sabathia was ejected from his final regular-season start six outs shy of the 155 innings his incentive clause warranted for payment.

The left-hander drilled Tampa Bay’s Jesus Sucre in retaliation for Andrew Kittredge throwing a pitch behind Austin Romine earlier, adding a “That’s for you, bitch!” taunt before making his way to the clubhouse. He was ejected but falling on the sword for his team was very much appreciated by his teammates.

After he was ejected, the Yankees offered him the option of pitching two innings out of the bullpen in the season’s final weekend so he could obtain the bonus, but Sabathia declined.

The Yankees never announced the $500k payout, but it was made public when the team filed its payroll.

“It was something that we did very private and weren’t looking to publicize, and I’ll just leave it at that,” said Yankees general manager Brian Cashman said.

Imagine your boss asking you to come in for a couple hours on a weekend for a half million dollars and being like “Nah, I’m good.”