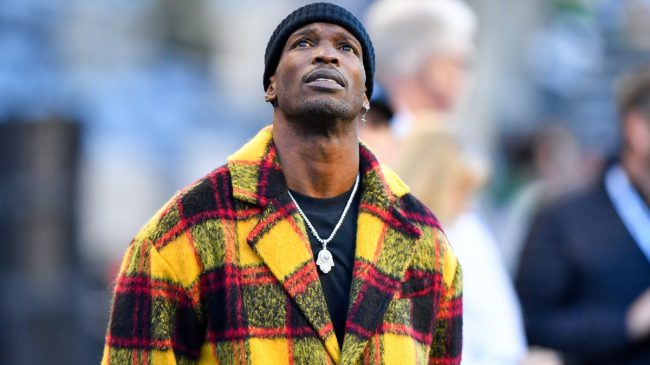 Ben Simmons caught a lot of heat this season for his continued absence from the basketball court.

After being traded from the Philadelphia 76ers, the forward missed both the regular season and postseason for the Nets. Things seemed to be trending in a positive direction during Brooklyn’s playoff series with Boston, but a flare up of his back injury the night before Game 4 kept him on the sidelines.

The Nets would lose the game, resulting in a sweep to end the year.

Many have grown frustrated with the Simmons saga as sometimes it seems he’s looking for excuses to sit out rather than making an attempt to get on the court.

One sports star is rushing to his defense, though.

Former NFL wideout Chad Johnson took to social media to support Simmons while most of the world is questioning his motivation.

Early Tuesday morning, Johnson posted a message saying that he’s “sick of this s–t,” in regard to the picture being painted of Simmons being a bad teammate.

I need to be on First Take to defend Ben Simmons, I’m sick of this shit https://t.co/5dgN4RDfU0

The response was a direct reference to Stephen A. Smith, who’s been vocal about his opinion of the Simmons situation.

He later commented on a report noting Simmons’s “mental block,” which was the cause for his missing the Nets’ final game of the season.

Johnson went further to blame the media for Simmons’s mental issues, saying that the NBA world needs to be “uplifting” to provide him with a “safe place” on the basketball court.

Media is creating this mental block for Ben Simmons, if we were uplifting him in a positive manner it would’ve made playing basketball a safe place ☮️

Simmons was unable to make a debut for the Nets this season, but he’s continued to voice his desire to play in Brooklyn when he’s ready to make his return.

He’ll have Chad Johnson in his corner when that time comes.