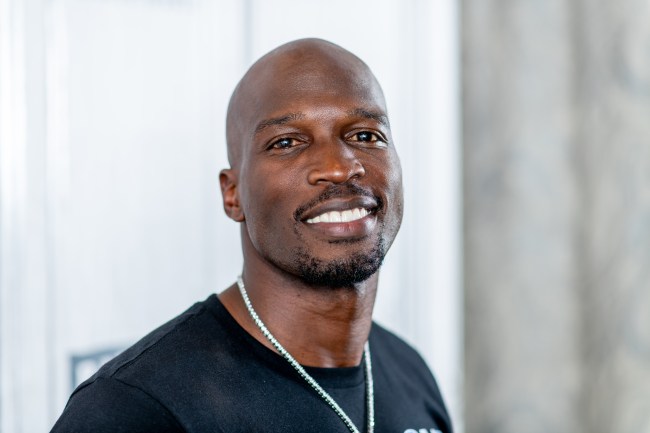 43-year-old former NFL wide receiver Chad Johnson is getting in on the whole celebrity boxing game.

According to a report from ESPN, Johnson will make his boxing debut on the Floyd Mayweather-Logan Paul undercard but his opponent has yet to be named.

Former NFL receiver Chad Johnson is planning to trade in his cleats for boxing gloves next month. Johnson has agreed to fight in an exhibition bout on the undercard of Floyd Mayweather Jr. vs. Logan Paul on June 6 at Hard Rock Stadium in Miami Gardens, Florida, Mayweather’s promotion team told ESPN on Monday.

It’s likely to be a four- or six-round exhibition bout and the opponent has not been finalized yet. The expectation is Johnson, 43, will face another celebrity or athlete rather than a pro boxer.

Johnson has trained for years at Mayweather’s boxing club when he was an NFL player but has never competed in the sports on any level.

Johnson is going to have a quick turnaround considering the Mayweather-Paul event is set to take place next month.

Floyd Mayweather vs. Logan Paul will fight on June 6th, 2021 at @HardRockStadium in Miami. pic.twitter.com/wi77b7mvrE