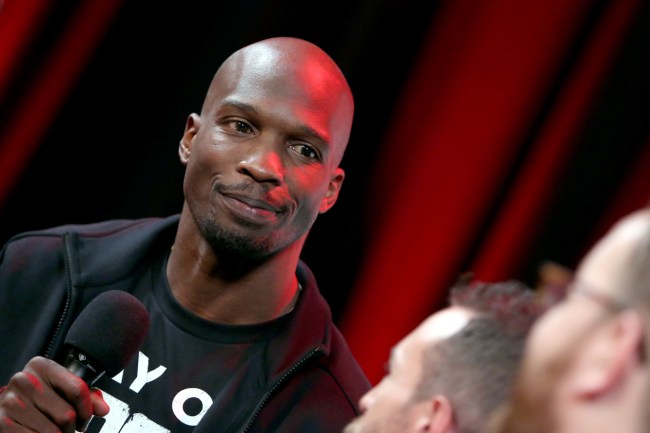 Chad Johnson has always been one with the people, constantly engaging with fans on social media, specifically Twitter, and often challenging people to games of his favorite video game, FIFA. But the former NFL Pro Bowl wide receiver recently went above and beyond the call of duty when he sent a random guy $1,500 to cover his rent, all because Johnson felt bad for the dude.

As the story goes, Chad Johnson tweeted out something simple yesterday, just wondering how everyone’s Friday was. OK, he probably got a bunch of random replies, right?

How is everyone’s Friday going so far?

However, one person specifically stood out to Chad Johnson, because he replied with a tweet that mentioned he received an eviction notice, but tried to downplay it by joking about it at least being Friday.

Eviction❓Show me the notice I’ll take care of it. https://t.co/3eIXAukS4n

That’s when Chad Johnson stepped in and took charge, sending this random Chris guy $1,500 to pay for his rent, with one extra caveat — that the guy’s landlord has to play the former NFL wide receiver in a game of FIFA should Chris ever fall behind on rent again. Talk about being cool AF, right? Johnson is all-time for doing something like this.

@ochocinco 🙏🏼
“God is our refuge and strength.”
I owe this man my life. pic.twitter.com/OdZlp3fy89

“tell your landlord next time WE fall behind on rent to play me in fifa for the balance” 💯 https://t.co/UFQhvh1ndu

Thing is, this isn’t the first time Chad Johnson has been so kind with his money, as the guy has seemed to make a living out of over-tipping or generously handing out financial favors for other people. Maybe it’s one of the reasons why he’s so popular with people, even though he’s been out of the league for years. Here are some other examples of Johnson’s random acts of (monetary) kindness.

Thank you so much @ochocinco I really appreciate you. Happy Birthday to us!! #TeamCapricorn #TeamLove pic.twitter.com/mP8CZ6yW8f

The dude has a net worth of about $5 million, per CelebrityNetWorth, and continues to get paid for promotional appearances, so I guess he finds good enough reasons to share his wealth with other people, so that’s cool. Although, not sure his financial advisor would be too stoked about all this. Given his love for McDonald’s, all I want is a couple Egg McMuffins and a hash brown, so think Chad Johnson could spare about $10 for me to make that happen?