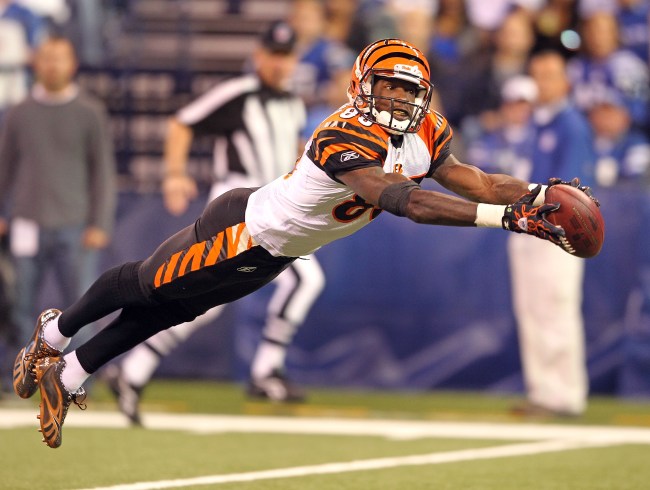 Twelve years ago, Chad Johnson broke the previous Bengals record for most receiving yards in a game by racking up 260 yards and two touchdowns in a losing effort to the Chargers. The six-time Pro Bowler was transcendent in 2006–finishing the season with 87 receptions for a league leading 1,369 yards and 7 touchdowns.

Fast forward over a decade, Johnson is now 40 and has been out of the league for six years, but the flamboyant wideout reminisces joyously about his best season in the NFL. Just take a look at this tip he left for after a lunch at Smith & Wollensky in Miami on Sunday.

That’s a 185 percent tip for those of you scoring at home.

This ain’t the first time Johnson has made headlines for his generous tipping. Back in February, he gave a 342 per cent tip at an Applebee’s when he left a $207 tip on a $61 restaurant bill.

Chad Johnson made this server's day! 😱

Or, as Fox Sports points out, back in January when Johnson turned 40, he promised his Twitter followers that anyone who could prove they had the same birthday as him would receive $500.

He wasn’t fucking around.

Thank you so much @ochocinco I really appreciate you. Happy Birthday to us!! #TeamCapricorn #TeamLove pic.twitter.com/mP8CZ6yW8f