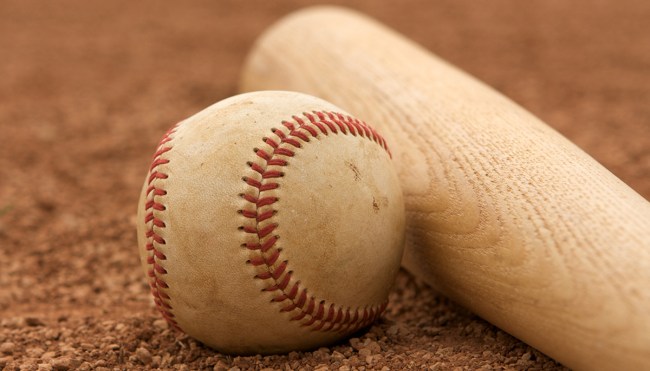 Hitting for the cycle is one of the more unique feats a baseball player can accomplish; as of this writing, a batter has recorded a single, double, triple, and home run in an MLB game on 339 different occasions stretching all the way back to the first instance in 1882 (a number that includes the 14 “natural cycles” that have transpired in that specific order).

That seems relatively easy to pull off when you look at the list of MLB players who’ve managed to hit four home runs in a single game, which has only occurred 18 times since Bobby Lowe of the Boston Beaneaters hit a quartet of long balls against the Cincinnati Reds in 1894.

However, both of those achievements are an absolute breeze when you compare them to the wildly elusive “home run cycle,” which transpires when the same person is able to hit a one-run, two-run, three-run dinger and a grand slam in the same contest.

No one has ever been able to pull that off in the big leagues, and prior to this week, Double-A player Tyrone Horne was the only pro who’d ever posted a home run cycle in recorded history when he had himself one hell of a night at the plate with the Arkansas Travelers in 1998.

Now, we can add a new member to that incredibly exclusive club in the form of Chandler Redmond, the Double-A prospect who cemented his place in baseball history during a game between the Springfield Cardinals and the Amarillo Sod Poodles on Wednesday night.

Redmond’s Cardinals walked away with a 21-4 victory thanks in no small part to his offensive contributions, as he posted 11 RBI en route to becoming the second person in baseball history to lay claim to a home run cycle (he also threw in a base hit for good measure).

Tonight, your Springfield Cardinals set the new team record for the Most Runs (21) and Most HRs (8) in a single game in team history.

Feast your eyes on all 8⃣ of those bombs: pic.twitter.com/F556gIe1dg

Redmond chatted about the achievement with MLB Pipeline‘s Rob Terranova after the contest, and his awesome story gets even better when you hear what he had to say about his relationship with his father:

“It’s just mind-blowing to think that I’m just the second guy to ever [hit for the home run cycle]. I actually just talked about it with my dad.

He’s just so proud of me and he gets so much joy out of watching me play. He’s watched every single college game and pro game, and I know it’s what he looks forward to most at night. So to be able to put on a show like this for him is pretty special.”