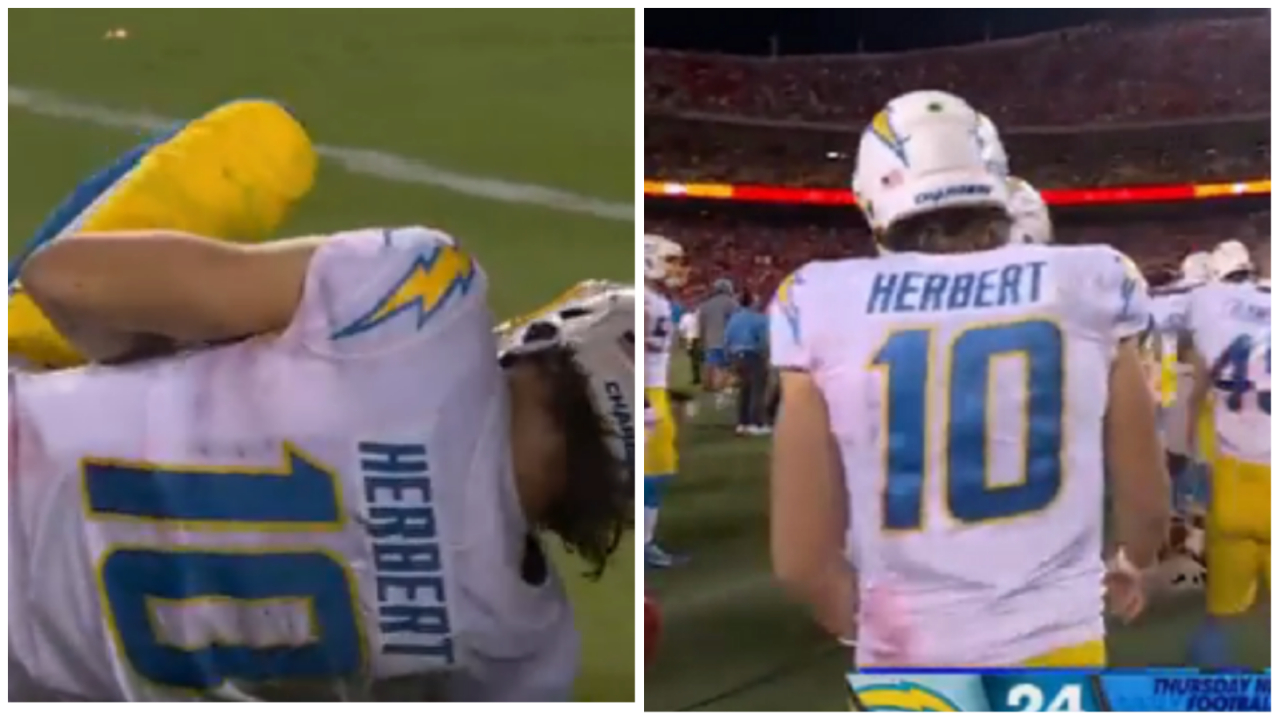 Chargers superstar QB Justin Herbert appears to be seriously hurt after the team’s first game of the season.

Herbert was slammed to the ground several times in the fourth quarter of the Chargers-Chiefs game.

At one point, Herbert was forced to leave the game for a brief period.

Things were so bad for Herbert that it was clear that he couldn’t run for a few yards for a first down.

Herbert is too hurt to walk a few yards. Wild pic.twitter.com/kkl9MKWTcO

After the game, Herbert was seen gingerly walking off the field, holding his ribs.

Justin Herbert and his hurt ribs was trying to get back to the locker room and dudes kept dapping him up pic.twitter.com/ve8BFnCjQ3

Herbert immediately went to the locker room to get X-rays done on his ribs.

#Chargers QB Justin Herbert is getting X-rays, per @CharissaT on @NFLonPrime.