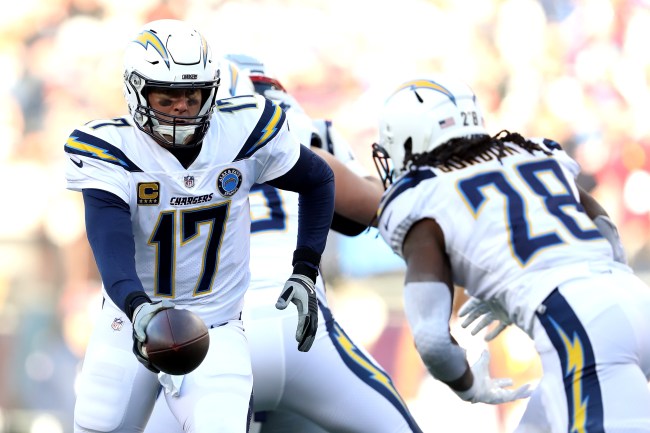 There’s a good chance Melvin Gordon will miss some games this season as he tries to negotiate a new contract.

Earlier this week it was reported that Gordon would not be showing up to camp because he wants to get paid.

Gordon is in the final year of a rookie contract that is scheduled to pay him $5.6 million this season, but he wants a new deal to put him among the highest-paid running backs in the league. Gordon told the Chargers through his representation that if he does not receive a new deal that he will sit out and demand a trade.

While the two sides exchanged proposals in recent days, there is mounting pessimism Chargers’ holdout Melvin Gordon will be reporting anytime soon and his holdout threatens to go into the regular season, per sources. Time to rely on Austin Ekeler, Justin Jackson, Detrez Newsome.

On Friday Chargers QB Philip Rivers was asked about the Gordon situation and he pretty much threw his teammate under the bus.

“It certainly is a deep position for us, and those guys all love to play and work hard. We love Melvin, but we’re going to go with what we’ve got. It’s a pretty dang good group.”

It seems like Gordon is aware of Rivers’ comments and doesn’t seem to believe it himself.

Phill def a pussy!! Back yo players up period!! https://t.co/OIhdFUGhHt

It’s going to be an interesting season for the Chargers.