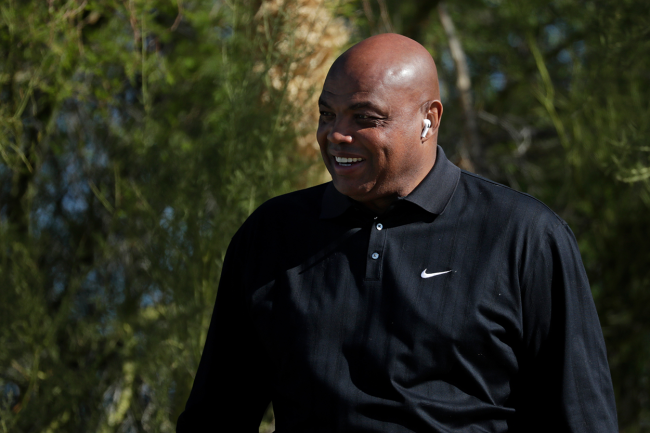 When it comes to television personalities, Charles Barkley is near the top, if not at the top. Year-in and year-out, ‘Inside The NBA’ cleans up at award shows and for good reason.

Although Shaq doesn’t join the crew for CBS’ studio show for March Madness, he is replaced by Clark Kellogg and the crew doesn’t skip a beat. Barkley, of course, provides the most entertainment and always has the desk in tears of laughter.

To make things even better and Barkley even more likable, he is the same guy when the camera if on him as he is off. And on Saturday night, he was in full form.

As North Carolina played Duke to a four-point Final Four win, Barkley was having himself a ball. A video from backstage that has since gone viral, for good reason, shows the Hall of Famer breaking it down to the Village People’s smash hit ‘YMCA’ during one of the breaks.

Even the audio guy joined in on the dancing as he tried to fix Barkley’s mic. It’s pure joy and it’s good for the soul.

Charles Barkley getting down 😂 pic.twitter.com/y2gOZw7ASI

For whatever reason, ‘YMCA’ gets the people going. It’s electric and Barkley is no exception. The Round Mound of Rebound was jamming out.