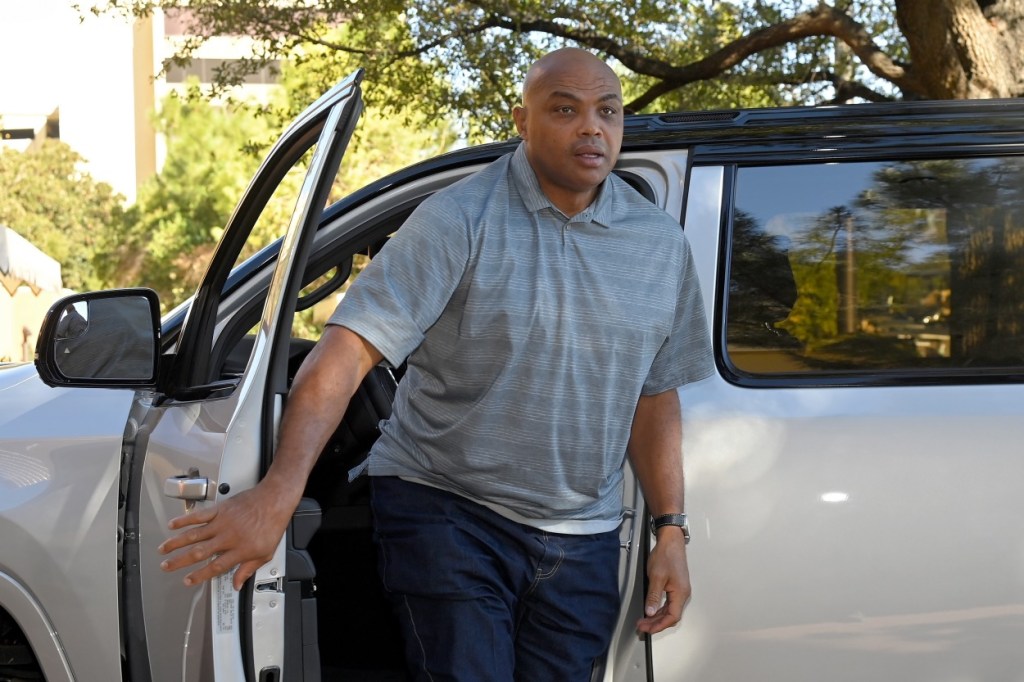 The Tampa Bay Lightning were looking to regain a foothold in the 2022 Stanley Cup Finals in Game 3 on Monday night and Charles Barkley was in attendance. Steven Stamkos and the Bolts suffered a 7-0 loss to the Avalanche in Game 2 and only 2 teams had ever come back to win a game after losing by 7 or more goals in the Stanley Cup Finals.

But the Tampa Bay Lightning have been a different team at home during the playoffs. They also dropped both games 1 and 2 against the New York Rangers at MSG in the Eastern Conference Finals before taking both games in Tampa and then finishing the series in 6.

Charles Barkley has been a huge NHL fan since his days playing for the Philadelphia 76ers, something he recently discussed on The Dan Patrick Show. When Inside the NBA wrapped for the season, Charles shifted his focus from the NBA to the NHL. Chuck was very excited for the Western Conference Finals and is now equally excited for the Stanley Cup Finals.

Charles Barkley appeared on the ESPN/ABC broadcast during Game 3 of the Stanley Cup Finals which confused some fans. But Chuck quickly explained what he was doing there and how he used his connections to get free tickets at the last minute.

"I was sitting around the house today, and I called the Commissioner."

Charles Barkley reached out to go to Game 3 of the #StanleyCup Final 😆 pic.twitter.com/FcauXna2Uz

Charles Barkley: “I’m good friends with Coach (Jon) Cooper. They got their butts kicked really good… 1 was a great game, 2 was awful.

Charles Barkley: “I did. I got his cell (phone number). You don’t have it, do you? But I want to thank him for having me and I’m not a big Lightning fan, I’m a (Jon) Cooper fan. But man they got their hands full with this Avalanche team.”

So to recap… Charles Barkley was just sitting at home on Monday (possibly in Scottsdale, AZ) and decided he wanted to go to Game 3 of the Stanley Cup Finals. He then picked up his cellphone and dialed the number for ‘commish’ in his phone and called NHL Commissioner Gary Bettman. Then asked for some free tickets and flew to the game, presumably private since it was last minute.

Here’s Charles on the screens at the arena enjoying himself:

How did Game 3 of the Stanley Cup Finals game go with Chuck there?

The Tampa Bay Lightning started the game a little shaky. Tampa’s crowd was ELECTRIC and they had some early chances but the Avalanche were the first team to hear the horns go off. Then Tampa caught some luck, the goal was reviewed and overturned as being offside prior to the play.

Colorado then went on to score a goal shortly after followed by a quick answer from Tampa’s Cirelli and then Ondrej Palat put Tampa ahead and the Bolts never looked back. They followed up a 7-0 loss to the Avalanche in Game 2 with a 6-2 win against Colorado in Game 3. If Tampa wins Game 4 at home then we’ve got a legit series on our hands here. The saying goes ‘the series doesn’t start until the home team loses a game.’