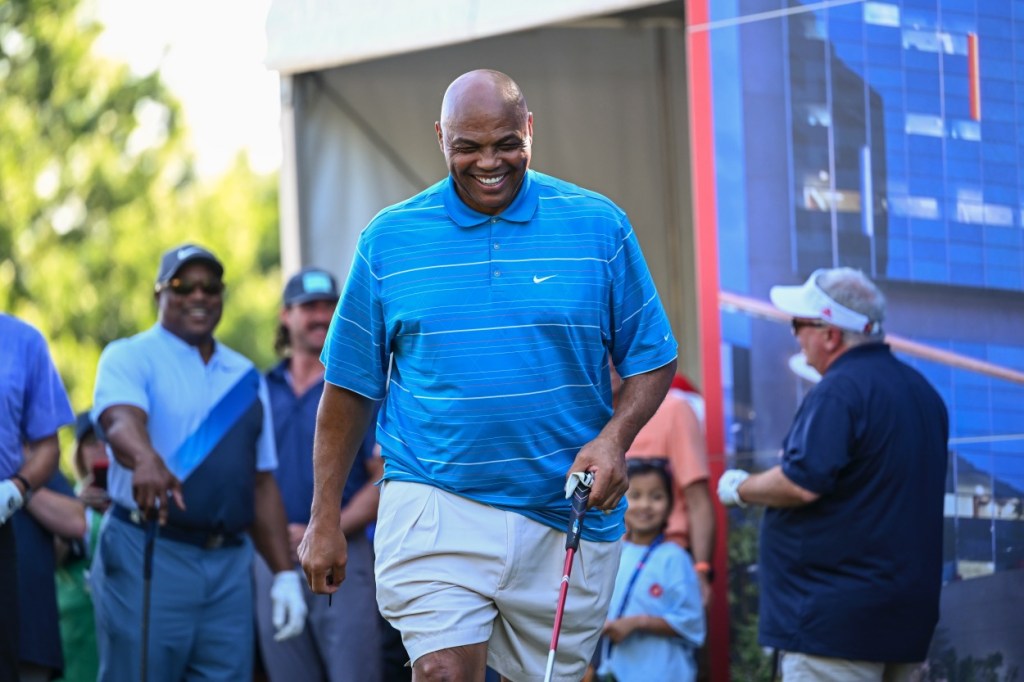 As a man, Charles Barkley is a riddle wrapped in a mystery inside an enigma that’s been deep-fried inside of a Bloomin’ Onion full of delicious layers. Alongside Shaq on TNT’s Inside The NBA, he is one of the most entertaining personalities in sports media.

Until today, I’ve only associated Charles Barkley with basketball and having a horrible golf swing. Now if I’m ever fortunate enough to run into Chuck in person I’ll be sure to ask him about hockey because he sounds like a pretty diehard NHL fan.

Inside The NBA on TNT finished their season after the second round of the NBA Playoffs and Charles Barkley is now on vacation until next season. He sat down with Dan Patrick to discuss the NBA Finals between the Boston Celtics and Golden State Warriors, who he thinks will win, and then Charles dove in on the Stanley Cup Playoffs.

Chuck humors Dan and talks some NBA before quickly shifting the conversation to how these Stanley Cup Playoffs, both the Eastern and Western Conference Finals, are the most compelling thing going on in sports right now. Here’s the video with quotes below.

Charles Barkley on who will win the NBA Finals: “I like the Celtics in 6. I think they’re gonna be too big for the Warriors. That’s just my personal opinion. I think their depth is probably going to wear them down.”

Charles Barkley on the Stanley Cup Playoffs: “I never care who is going to win a basketball game. I never care. You know what I want? Is vacation. It’s where I’m at right now. Get it (NBA Finals) over with… I don’t have to watch another basketball game until October.

The only thing I’m watching right now is the Stanley Cup Playoffs because, man, let me tell you something… Me and one of my friends went out and watched Game 7, that was a Rangers beatdown. But if you’re not paying attention to the Lightning trying to threepeat…

Or in the West, with (Leon) Draisaitl and (Connor) McDavid against (Cale) Makar and (Nathan) MacKinnon… If you’re not excited about that Colorado-Edmonton series…

Dan Patrick: “When did you get into hockey?”

Charles Barkley: “Oh back in my Flyers days with my boy Rick Tocchet who is on TNT now. My favorite hockey player of all time is Ron Hextall. You know Eric Lindros. I knew all of those guys and I’ve been a Flyers fan ever since.

And that’s the last time we had a good team, I might add.”

I genuinely had no idea that Charles Barkley was a diehard hockey fan but it doesn’t surprise me at all. The Western Conference Finals got off to a wild start on Tuesday night with the Avalanche beating the Oilers (8-6) in a game that featured 14 goals.

And my Tampa Bay Lightning inch one step closer to the Stanley Cup threepeat on Wednesday night when they face the New York Rangers who just beatdown Carolina in a game 7 while the Bolts have had nine long days to rest.