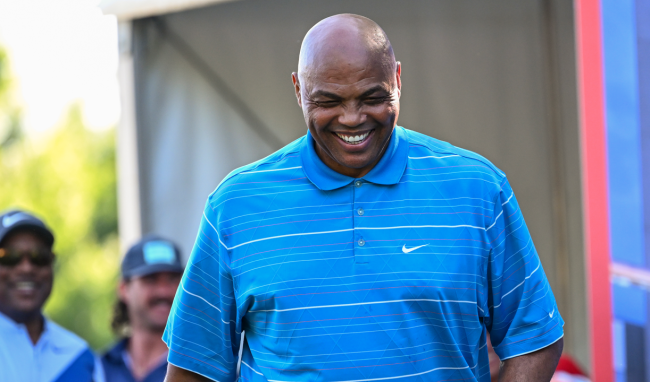 Back in 2016, Charles Barkley was tasked with using a touchscreen monitor on the CBS Selection Sunday show. The technology failed him. (Or perhaps it was vice versa.)

In 2018, Charles Barkley explained that he just got his first iPhone and had learned about FaceTime, but was still resistant to technology.

Then, in 2019, Barkley was given a technology quiz by Steve Ballmer, owner of the Los Angeles Clippers and former chief executive officer of Microsoft, on Inside the NBA. Once again, things did not go well for Chuck.

So, with all of that in mind, if you are ever looking for someone to take a TikTok video using your cell phone, Charles Barkley is probably one of the last people you should ask to do it.

Unless, of course, you are looking to capture some gloriously, hilarious, bad video.

Which is exactly what happened recently when a woman in a restaurant named Marika Bouchard walked up to Barkley and asked him to take a video of her.

“What do you need me to do?” Charles replied to the woman.

She explains that he just needs to hold the phone so it faces towards her.

Chuck proceeds to start shooting the TikTok video, clipping her head completely out of the screen.

“Wait, can I get in myself in it?” Barkley asks the woman as she crouches down so her head can be seen.

“I wanna do a selfie,” Charles then tells her, painfully oblivious as to how cell phone cameras actually work. “I’m not in the picture right now. This is just you.”

Charles may or may not have been feeling very little pain as the entire comical scene unfolded on TikTok.

NBA fans, as they should, absolutely loved it.

LMFAOO, Chuck is a nation Treasure, Carry on. pic.twitter.com/nZS4JM7fBx

bro such an old head LMFAOOO

Chuck already faded as a mug 😂