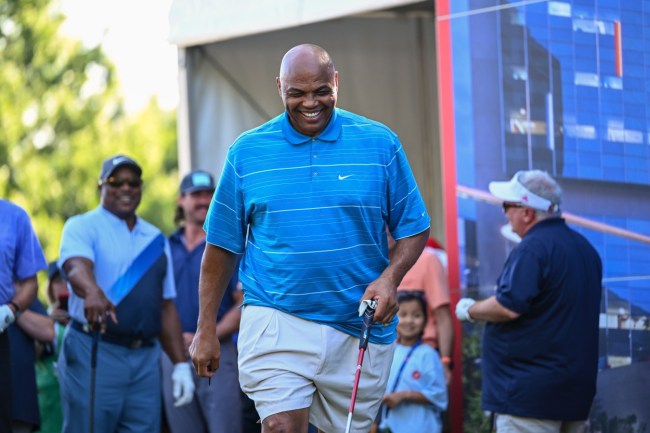 Charles Barkley never disappoints. Every time the man steps in front of a camera, he delivers, and he delivered big time during his appearance on ‘The Pat McAfee Show’ on Friday.

With the NBA Finals wrapping up on Thursday, Barkley’s offseason officially started on Friday and he’s got big-time weekend plans.

Barkley is also hoping that players who jumped ship for the Saudi-backed LIV Golf Invitational Series cause some chaos atop the leaderboard.

“After I get done with you, I’ve go to shoot a Subway commercial, then let me tell you something. I’m just going to get drunk and watch golf all day today and all day Saturday,” Barkley explained.

“I want the LIV guys on top of the leaderboard. I want complete chaos in the US Open!”

Not only did Barkley reveal he’s hoping for pure chaos in the world of golf, but he also joked that he’d be willing to kill a relative for the amount of money some of LIV’s top players have reportedly received.

“I don’t judge other people,” Barkley explained. “If someone gave me $200 million, I’d kill a relative.”

Nobody, not your average Joe or someone in the media world, would ever fathom saying something like that, but that’s what makes Chuck, Chuck.