Charles Barkley Has The Same Weekend Plans As Every Other Dude In America, ‘Get Drunk And Watch Golf’ 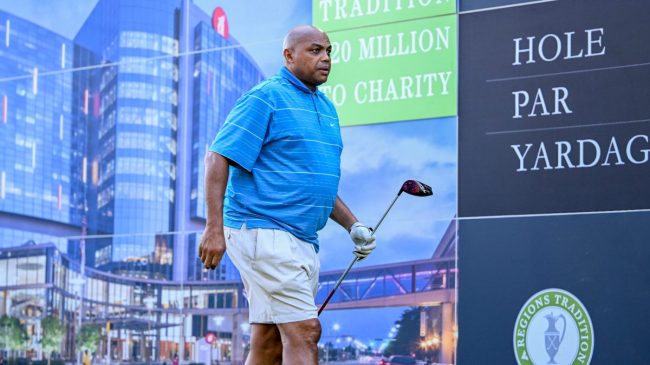 Charles Barkley is just one of the guys.

The NBA on TNT personality appeared on the Pat McAfee Show Friday morning to talk about his plans for the upcoming weekend. And they couldn’t be more relatable.

Barkley’s weekend is suddenly wide open following Golden State’s triumphant victory in Game 6 of the NBA Finals. The Warriors took down the Celtics to land their fourth title in the last eight years, much to Barkley’s dismay. He was pretty adamant on his disdain for Golden State throughout their playoff run.

Still, he has no intention of letting any “pain in the ass” Warriors fans ruin his weekend plans.

In fact, he’s planning to have himself a good ole time, much like every other sports fan in the country.

Barkley’s plans, outside of shooting a Subway commercial, couldn’t be more relatable.

“After I get done with you, I’ve go to shoot a Subway commercial, then let me tell you something. I’m just going to get drunk and watch golf all day today and all day Saturday.”

He’s hoping for an entertaining US Open, saying he’s “praying for chaos” in this weekend’s event.

“I want the LIV guys on top of the leaderboard. I want complete chaos in the US Open!”

Barkley also plans on watching a little hockey, saying he plans to tune in to the Stanley Cup Finals on Saturday night after watching the Open. Sounds like he’s got the perfect weekend set up, and I can’t lie, it sounds a lot like mine.