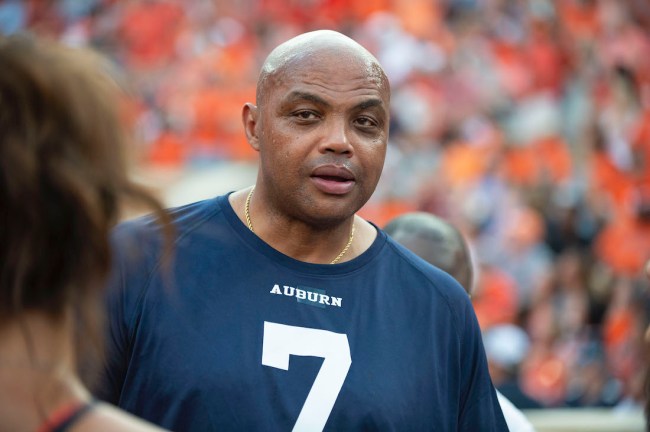 Charles Barkley is a proud Auburn Tiger and with that, he’s obliged to despise the University of Alabama. This doesn’t mean he can’t appreciate the genius of Nick Saban though.

Barkley recently joined Sirius XM and spoke about why he likes Auburn’s new head coach Bryan Harsin. For Barkley, he appreciates that Harsin took on the challenge of coming to Auburn, where its bitter rival in Tuscaloosa has dominated the state for so many years running.

While speaking up Harsin, Barkley made an interesting comparison, saying that Nick Saban is the Michael Jordan of college football.

“I like our new coach. I like Coach Harsin a lot,” Barkley explained. “He took a big chance and that tells me he’s got courage and conviction.”

“He took the hardest job in college sports, but to come to Alabama and go against Nick Saban, that tells me he wanted to test himself. We (Auburn) have to go against Michael Jordan (Nick Saban) every year, and I look forward to that challenge.”

Charles Barkley is no stranger to competition between his time at Auburn and in the NBA. This morning he shared his thoughts about @CoachHarsin and his @AuburnFootball squad as they tackle the SEC. Hear the full interview NOW with @DustyDvoracek & @dannykanell on the SXM App! pic.twitter.com/Zy2u98nta5

Barkley makes a good point. Very few people can argue that Saban isn’t the greatest coach in the history of college football, and in Barkley’s mind, MJ was the biggest challenge on the hardwood, hence the comparison.

It’s not often you get crossover comparisons between two different sports, but this one from Barkley works well.