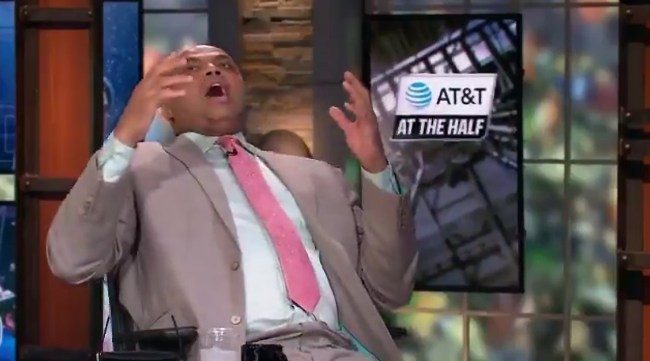 For the first time since 2003, the University of Auburn is participating in March Madness as the Tigers had themselves quite a year and landed a five seed in this year’s tournament.

And while most of America has nothing invested in that news, there is one thing to come out of Auburn’s basketball resurgence that most of us can get behind: Charles Barkley’s A+ reactions to his school’s team during their games.

We didn’t have to wait long either.

On Thursday, the Tigers matched up with 13 seed New Mexico State in what many assumed would be a pretty easy W for Auburn. We were very wrong.

Brown then missed two of the three free throws, and yet New Mexico still had a shot with one second left, but missed on another three sending Auburn into the second round with a massive scare.

“I had the open shot,” Harris admitted to reporters after his team’s loss to Auburn. “I felt like Terrell Brown was going to hit the 3.”

Meanwhile, Auburn alum Charles Barkley was watching all of this unfold in the CBS Sports studio and his reactions were priceless.

This is the feature America needs every time Auburn is playing.

Seriously, can CBS just double-box Chuck on the screen whenever Auburn plays in this year’s tournament? Or, just, every game, period? Call it the Chuck Box.