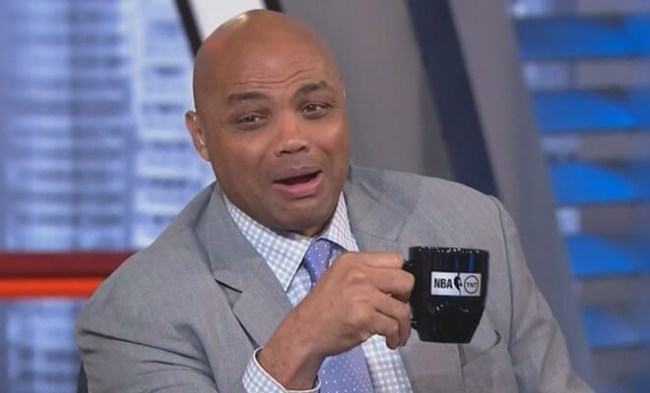 Charles Barkley might be paid to give his opinions about the NBA, but he think that there’s one other person who might want to join him on TNT and do the same: LeBron James. After Chuckster went in and sort of jokingly recruited James last month to join the NBA on TNT team for the postseason, the Basketball Hall of Famer is doubling down again, pitching the idea to LeBron once again over the weekend once the playoffs tipped.

Obviously, James, whose season ended after his Los Angeles Lakers missed out on the playoffs, doesn’t have a whole lot going on at this very moment, so Charles Barkley thinks there’s a real opportunity for the three-time champ and four-time league MVP to step in front of the camera and analyze games. Here’s what Barkley had to say to James on-air yesterday during some of the NBA Playoffs games.

“I’ve said this before, America, and this is the last time,” Barkley said with a smile during a segment Sunday night. “LeBron James, come into the studio. You ain’t got nothing to do. The playoffs started yesterday. You’ve got free time. I know you’ve got to pick a coach and a general manager. Just put that on the back burner. I’m speaking on behalf — I’m begging you on behalf of (the rest of the crew) Ernie (Johnson), Kenny (Smith) and Shaq.”

“LeBron, how about this,” Barkley continued. “You don’t even have to stay. You can leave at halftime of the second game. … We can help you pick out a coach. Listen, Shaq knows, because he would enjoy to coach. And Kenny’s been interviewing for coaching jobs the last couple of years. So come on in, LeBron. Please.”

Given the fact that LeBron James isn’t in the NBA Playoffs for the first time since 2005, it’d be awesome to get his take on some of the games going on. It’d be like the ESPN+ show Detail, which has Kobe Bryant analyze games and defenses for fans to get into his mind. Wouldn’t it be just as awesome to see James’ perspective on things, while being part of the most entertaining NBA coverage out there with Charles Barkley, Shaquille O’Neal, Kenny Smith and Ernie Johnson?

Unfortunately, it’s probably too much to ask for this to happen. After all, James cares way too much about his own brand to take part in this, plus he’s got Space Jam 2 to film this summer. Still, that doesn’t mean this isn’t one of the best ideas Charles Barkley’s ever had.