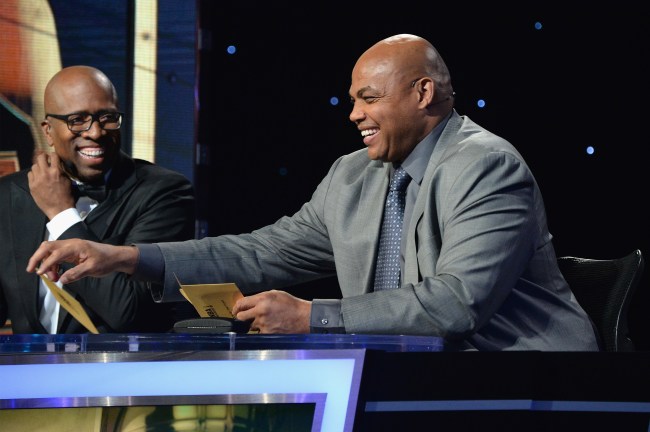 Charles Barkley’s one of the most entertaining analysts in sports TV, with the former NBA All-Star always telling it like it is when the cameras are rolling. As part of the “Inside The NBA” crew on TNT, Barkley and his colleagues — Shaquille O’Neal, Ernie Johnson and Kenny Smith — often seem like they’re just hanging out more than they are working. It’s a good recipe for solid television; and Sir Charles wants LeBron James to join them when the NBA Playoffs start.

As we all know by now, James’ Los Angeles Lakers are all but dead from reaching the postseason this year, meaning that, for the first time since his second season in the league, LeBron won’t be in the tournament, competing for a championship. That’s really odd — especially given James’ eight-straight NBA Finals’ appearances — but it leaves a pretty interesting question: What the hell is the three-time NBA champ going to do with all his free time?

While nobody knows how LeBron James will spend a couple extra months of summer, Charles Barkley wants him to talk basketball and hang with his crew, personally inviting the Lakers star during last night’s telecast. Take a look below.

Chuck's got an invitation for LeBron… 😂 pic.twitter.com/F5n8XURFEv

Sure, the whole thing may be in jest, but could you imagine if LeBron James actually agreed to doing this? It’d be epic TV having the greatest player (and basketball mind) of his generation breaking down the NBA Playoffs alongside the “Inside The NBA” crew. It’d be entertaining as all hell hearing James join the constant bickering between Shaq and Barkley, while giving insight on the games going on.

I’m not the only one who things this would be awesome, either, because Twitter reacted with a positive reaction, too. Here’s what a few people on social media were saying about the idea.

Dude not gonna lie that’d be awesome. They always have players but it’s never a superstar. Having Lebron on would be crazy.

I think Lebron will be an awesome guess on TNT. He has a nak in broadcasting. It will be funny as heck if his with these guys.

That's a great idea. I would love to hear his insight regarding the games.

I wouldn’t mind that honestly….

Of course, there’s about 0.001 chance LeBron James accepts the invitation from Charles Barkley and does this — the guy’s got a ton of stuff on his plate already that he can do, whether that includes watching the NBA Playoffs as a fan or not — but, man, I can’t help but think about James giving analysis like Kobe Bryant did for the ESPN+ show Detail, where it gives fans a chance to get inside his brain a little bit. Please, Bron, at least consider doing this.