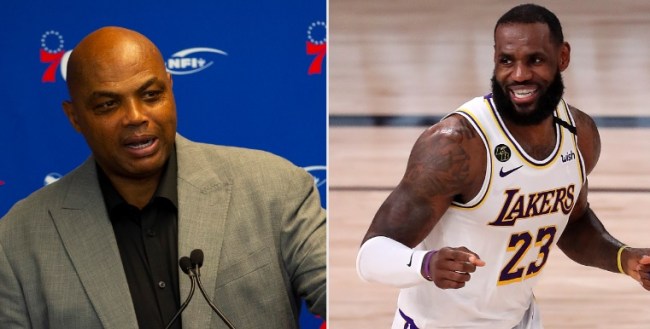 LeBron James will not be suspended for violating the NBA’s health and safety protocols and fans are not happy.

Earlier this week, LeBron attended a party that featured several celebrities including Drake to promote his tequila brand.

Congrats to my brothers nothing like some Lobos to start your Monday off right pic.twitter.com/xtz2me04CR

While the NBA did rule that LeBron had violated protocol, they decided not supend him due to the fact that everyone at the party had been tested beforehand.

In regards to @mcten’s overnight report: I’m told LeBron’s health and safety violation will not affect his availability this weekend. The nature of the event — outdoors, testing/vax requirement + no known exposure — make it a lesser violation. https://t.co/I34JHCl26r

Charles Barkley spoke out on the matter and says if any other player had done what LeBron did they would have been suspended but he believes “the NBA ain’t got the balls to suspend LeBron.”

"Ain't no f***ing way LeBron James is going to be sit out because of health and safety protocols."