Charles Barkley On What He’d Do To Lonzo Ball On The Court: ‘I Would’ve Been Goin’ At His Head’ 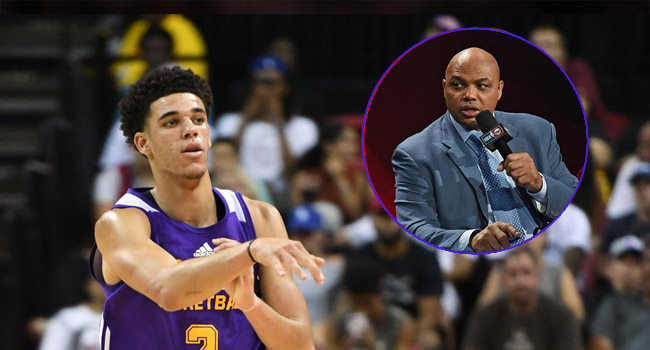 Remember how back in March Charles Barkley was openly rooting on TV for UCLA to lose in the NCAA Tournament because he hates LaVar Ball? Yeah, well, he still isn’t a fan.

So now that Lonzo is in the NBA and his dad is still talking trash, what would Barkley have done to LaVar’s son Lonzo Ball if he were playing against him now? Chuck’d go straight for his head.

“I would’ve been goin’ at his head, no question. Would’ve been talkin’ to him the whole time about his daddy,” Barkley told TMZ Sports.

Chuck actually REALLY likes Lonzo … but 100% agrees with Kenny Smith, who told us LaVar Ball has put a target on his son’s back.

“His dad has put so much pressure on him, he makes people not like him. Now he’s got everybody not liking his son and he’s gonna have to deal with that.”

Sir Charles also had a pretty funny take on Lonzo’s 1 big game for the Lakers — saying it didn’t count because it came against the crappy Phoenix Suns.

Wonder if John Wall will keep that in mind when he says that he plans to show the rookie “no mercy” in their match-up after LaVar ran his mouth again?

Oh, and speaking of the Phoenix Suns, Charles also had this to say about Eric Bledsoe tweeting that he didn’t want to be there.

“Someone’s paying you $15 million a year — you shouldn’t say, EVER, ‘I don’t wanna be here,'” advised Barkley.

Seems like the smart move. Check out the rest of the interview below…