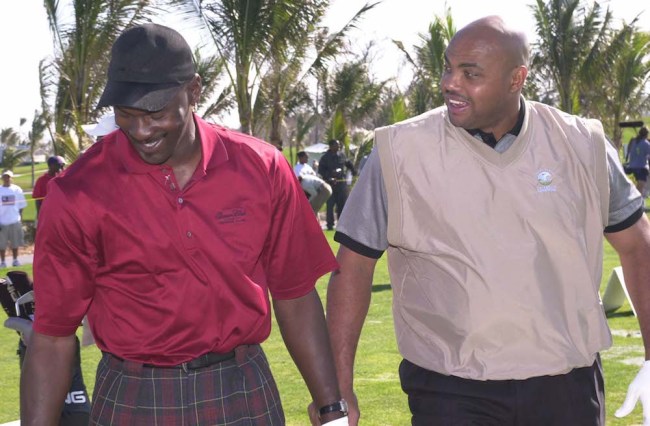 With ‘The Last Dance‘ documentary capturing the attention of practically every person in American at the moment, plenty of people have come out and told their own memorable Michael Jordan stories.

Whether it be Gary Payton talking about MJ absolutely destroying him during his rookie year or him completely clowning the Grizzlies back in the day, there have been some great untold stories shared since ESPN’s project aired a couple of weeks ago.

Charles Barkley is the latest to step into the Jordan storytelling hour and told an all-time tale on ‘Coffee With Cal’ about a round of golf they played prior to the 1992 Summer Olympics. While it’s no secret whatsoever that MJ is practically addicted to golf and has been playing the game for decades, this particular story may just top the list of Jordan related golf stories.

‘The Dream Team’ happened to be in Portland to play in an Olympic qualifying tournament called the Tournament of the Americas. It should go without saying, but Team USA wasn’t too worried about these games and went on to win all six of the tuneups by at least 38 points.

Barkley’s particular story took place the day of the team’s semifinal matchup against Puerto Rico when head coach Chuck Daly, David Robinson, Jordan, and himself decided to hit the links early that morning.

“So Michael comes back after playing another 18. We’re getting ready for the game and Chuck says ‘Charles, you got this guy. Scottie [Pippen] you got this guy, and then Michael says, ‘Nah, I got him.’ It was the point guard from Puerto Rico, and Chuck says, ‘well, he’s the point guard Michael.’ Michael looks at him and says ‘I said I got him. I read something he said about me in the newspaper, and I got him.’ And the whole room’s like, dude you just played 36 holes of golf and you’re going to guard the point guard? Michael would not let this little dude dribble. He had played 36 holes and he’s talking to the guy the whole time like ‘hey, don’t you ever talk about me publicly again. I’m Michael Jordan, don’t you ever talk about me.”

While it’s pretty well-known that Jordan and some of his teammates would play 36 holes the morning of a game, that doesn’t make this story any less impressive. MJ played 36 holes of golf then flipped that switch as soon as he hit the court to lockdown Puerto Rico’s point guard after the guy apparently talked some trash about him in the media.