This Story About Michael Jordan Clowning The Grizzlies After Getting Trash-Talked Leaves No Doubt He’s Truly The G.O.A.T. 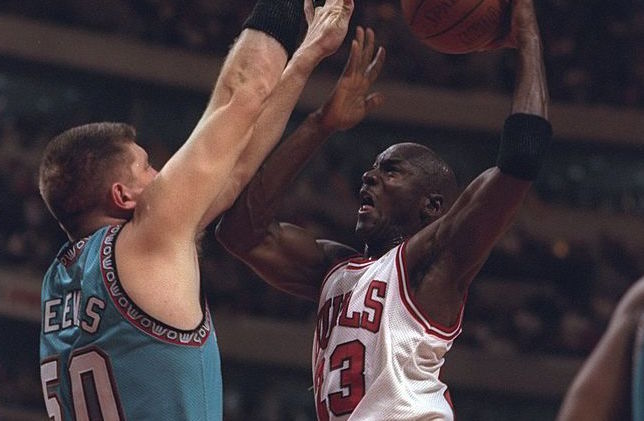 When LeBron James first burst onto the scene as a young kid out of Akron, there were plenty of people out there who proclaimed he was the second coming of Michael Jordan, and over the years, he’s done everything in his power to live up to the hype.

However, despite his best efforts both on and off the court (including the bold decision to make another Space Jam), I’d argue James will always play second fiddle to His Airness, who possesses both the stats and intangibles required to be labeled the greatest of all-time.

I’m not saying LeBron doesn’t have a compelling case, but in my eyes, he just lacks a certain something that makes him incapable of measuring up to Jordan, especially when you consider some of the stories concerning their respective competitiveness—including a recent tale relayed by former Vancouver Grizzlies player Antonio Harvey.

Harvey recently recounted the night Jordan decided to kick things into high gear in a game in 1995 after being provoked by one of his teammates and it is vintage MJ.

Great Michael Jordan story from @Tone_Harvey about when @DarrickMartin15 started talking trash to MJ in Vancouver. (Interview by @whostherossboss) pic.twitter.com/YJedRTEDdA

If you can’t watch the clip, here’s what went down.

There’s about 10 minutes to go in the game and we’re winning and Darrick [Martin] decides to say to Michael Jordan, who’s having an off-night, “Hey, Mike! Shit’s not falling tonight, Mike! You’re having an off night, Mike!’

His last jump shot—this is no lie. He catches the ball in the post, he does the typical Jordan fade away, he’s fading towards our bench, he knocks down the shot, turns to the bench and says, ‘Shut up you little bitches.’

Here’s a clip of the run in question if you need to see it to believe it.