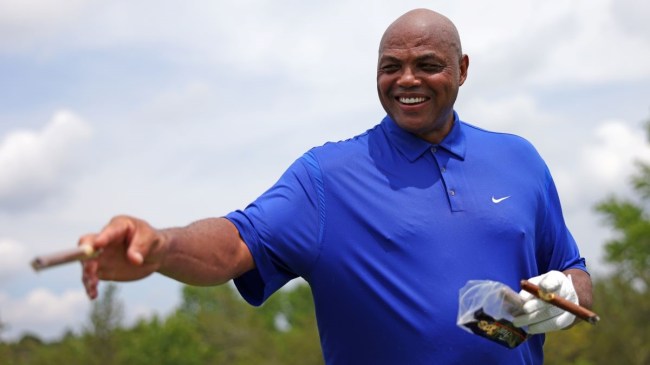 As a 6-foot-6 Basketball Hall of Fame post player, Charles Barkley probably knows a thing or two about leverage. Barkley utilized leverage, albeit in a different manner, to secure a huge new contract with TNT.

The basketball and broadcasting star made waves over the summer when he flirted with leaving Inside the NBA on TNT to join the Saudi-backed LIV Golf series. Barkley even met with LIV representative Greg Norman to discuss a possible deal.

“I met with Greg [Norman]. He asked me was I interested. I said, of course, I’m here,” Barkley told Dan Patrick at that time. “I wouldn’t have dinner with you if I wasn’t interested and I’m waiting for them to make me a offer, I guess.”

But ultimately, Barkley opted to stay with TNT in an expanded role. Basketball fans were absolutely ecstatic over the move.  Now, we’ve learned the deals of Barkley’s new deal, and he won’t have to worry about any money anytime soon.

Andrew Marchand of the New York Post reported on Monday afternoon that TNT has agreed to a new deal with Barkley that stretches for 10 years and could approach $200 million.

NEWS: Charles Barkley has a new 10-year deal with TNT that is well north of $100M and likely approaches $200M, The Post has learned.https://t.co/Kq3hESbyMU

“Barkley currently has three years left on a contract that pays him $10 million per season. His current contract coincides with TNT’s agreement with the NBA deal expiring after the 2024-25 season. If Turner were not to keep the NBA, Barkley could potentially own rights to go work for another network or a digital platform, if Amazon or Apple or others are involved.

The exact amount Barkley will make is not yet known if he fulfills the entire contract, but it will be well in excess of $100 million and could approach $200 million. Barkley could decide to retire from TV before the deal ends.”

Front Office Sports writer Michael McCarthy said that the deal is just one of four long-term extensions handed out by TNT to the entire Inside the NBA cast.

There were some rumors that this would be Chuck's last season. Extremely happy to get these guys for 10 more years. https://t.co/S7pMPQg8TX

The 2022 NBA season gets underway on Tuesday when the Boston Celtics play host to the Philadelphia 76ers. The defending champion Golden State Warriors then host the Los Angeles Lakers later that night. Both games will be broadcast nationally on TNT.