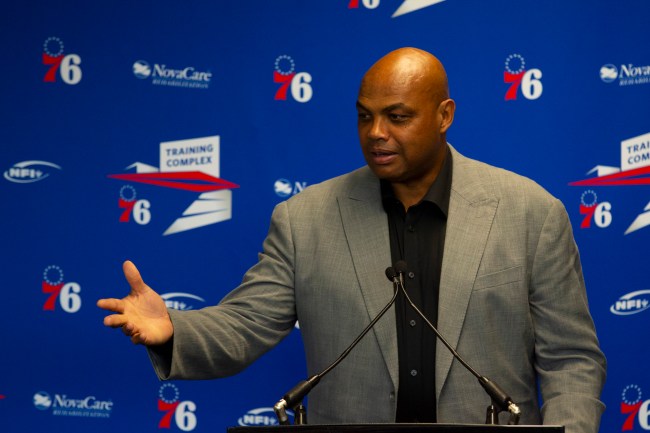 It was only a matter of time before Charles Barkley offered up his two cents on the NBA fight which took place earlier in the week between Karl-Anthony Towns and Joel Embiid. In classic Chuck fashion, he went with the old man ‘get off my lawn!’ approach and basically called these whippers snappers weak.

The brawl between the Minnesota Timberwolves and Philadelphia 76ers stars grabbed headlines worldwide because it was genuinely one of the wildest incidents we’ve seen on an NBA court in quite some time, years maybe. In the modern era, teammates and coaches are very quick to break up any semblance of a fight before the players can really get into it and for that reason, we have to give it up to KAT and Embiid for actually making contact with each other on Wednesday night.

The short fight looked closer to an MMA bout than a boxing match with the two players grappling instead of opting to throw haymakers. Ben Simmons swooped in from the top rope to aid his teammate and put KAT in a chokehold which actually got KAT to tap out to the amusement of NBA fans everywhere.

Simmons really got KAT to tap out LMAO😭 pic.twitter.com/AUv1lR8u5X

The two fighters, Joel Embiid and Karl-Anthony Towns, have been sharing jabs on social media with KAT clapping back after getting mocked by the 76ers star. And now, Charles Barkley has decided to weigh in.

On TNT’s Inside the NBA, Charles likened the incident to a ‘snuggle party’ and said the whle was just a couple of dudes holding each other.

EJ: "If it wasn't a fight, how would characterize what went down in Philadelphia?"

Barkley was no stranger to fighting during his NBA days. He got into memorable fights with Shaq who he now works alongside at TNT, Bill Laimbeer, and others.

As for Karl-Anthony Towns and Joel Embiid, the two players were each suspended for two games. Meanwhile, Ben Simmons who snuck in there with the chokehold that caused KAT to tap out didn’t get any sort of a suspension for his role in the incident.