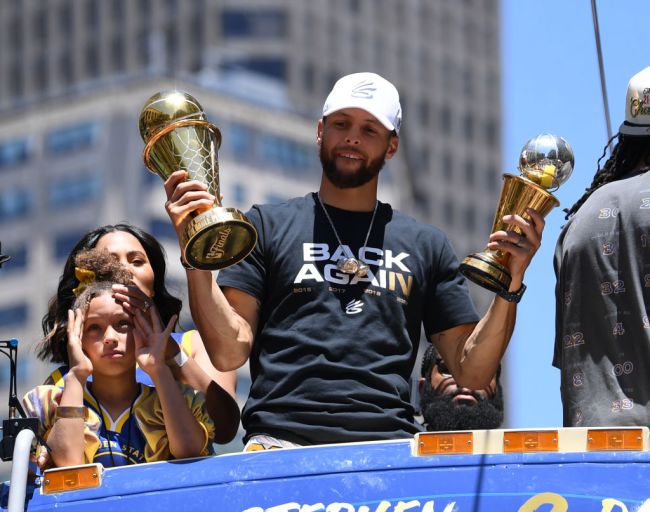 Steph Curry’s legacy earned a big boost during this season’s NBA Playoffs. Returning from an injury that held him out of the end of the regular season, Steph led the Warriors, who were the 3-seed in the Western Conference, to a 4th NBA title in the last 8 seasons.

Along the way, Curry put in quite a few impressive performances and racked up 31.2 points, 6 rebounds, and 5 assists per game during the NBA Finals, earning him the first Finals MVP of his career.

Winning his 4th ring and finally getting the Finals MVP he was wrong denied after winning his first title has had fans discussing where Steph stands among the all-time greats of the game.

Now it seems that even Charles Barkley is ready to talk about Steph as one of the greatest to ever play his position. Barkley told NBC Sports that Steph now belongs in the conversation with Isaiah Thomas as the best point guards in NBA history.

🚨 New Dubs Talk 🚨@MontePooleNBCS catches up with Charles Barkley to talk Steph Curry and all things Warriors, then myself and Monte do a deep dive into the *entire* offseason so far https://t.co/MnyiosFB7c pic.twitter.com/72dG3hawSX

Barkley also mentioned that he has Steph ranked somewhere between 10 and 20 among all players in history.

Barkley is absolutely right about Steph belonging in the conversation for best point guards of all-time, but he’s probably a bit low on where Steph belongs among all players. Steph hasn’t just been a great player and a winner, but he has changed the game of basketball during his career.

There’s no question that Steph has cemented himself as somebody truly special in NBA history.