Charles Barkley Fires Back At ‘Full Of Crap’ Reporters Like Stephen A. Smith For Saying Steve Nash Was Hired By The Nets Due To ‘White Privilege’ 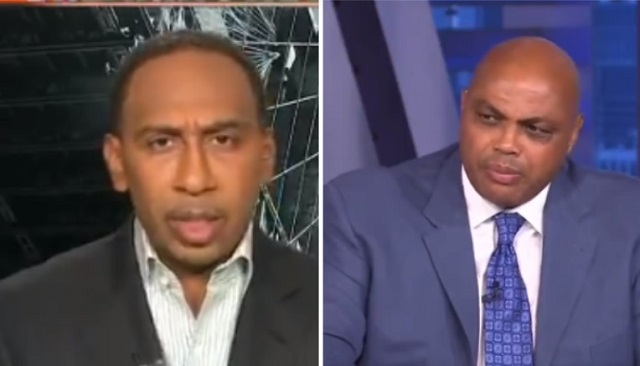 Charles Barkley is not happy with TV commentators like Stephen A.Smith who were critical of the Brooklyn Nets for hiring Steve Nash because they believe he benefitted from having “white privilege.”

On Thursday afternoon, the Nets stunned the NBA world when they announced they were hiring the former Phoenix Suns point guard despite the fact that he doesn’t have any coaching experience.

During the latest edition of ESPN’s ‘First Take’ an angry Stephen A.Smith criticized the hiring and said that Nash benefitted from “white privilege” because a black person would not have been given the time of day by league executives without having prior coaching experience.

Stephen A. Smith on Steve Nash being hired to join KD and Kyrie as the Nets head coach: "This is white privilege." (Via @FirstTake) pic.twitter.com/6Kl22zsjgW

“Ladies and gentlemen, there’s no way around it: This is white privilege,” “This does not happen for a Black man. No experience on any level as a coach and you get the Brooklyn Nets job?”

“Sometimes, you just want to scream — want to scream to the high heavens: How the hell is this always happening for somebody else other than us?” Smith exclaimed. “Why is it that we have to be twice as good to get half as much? Why is it that no matter what we do, or how hard we work, and how we go through the process and the terrain of everything … somehow, someway, there’s another excuse to ignore that criteria to ignore those credentials and instead bypass it and make an exception to the rule for someone other than us.”

After the Clippers-Nuggets game on Thursday night, Barkley said he was disappointed by the “white privilege” comments made by “full of crap” TV analysts. Barkley went on to cite several examples of black coaches being hired without prior coaching experience during his rant.

I think you have a responsibility especially when you talk about something serious like race, you can’t be full of crap. You have to be honest and fair. Steve Nash is a great player and a good dude, but I was so disappointed with some of these guys.