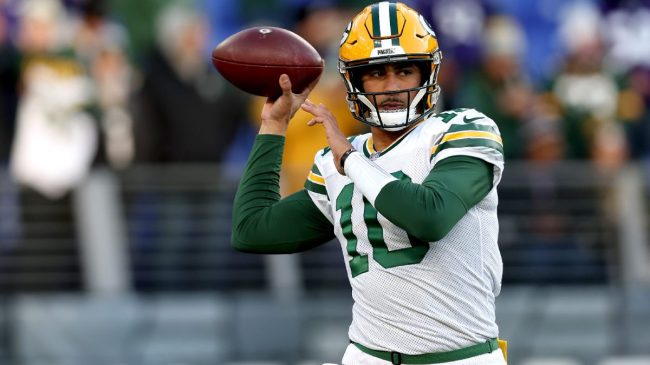 Charles Davis is one of the best in the business when it comes down to breaking down the NFL Draft.

The analyst is often spot on with his descriptions and comparisons of players and teams, and this year has been no different. This week, though, he made a surprising admission on the quality of this year’s class at the most important position on the field.

It’s no surprise that this year’s quarterback class is considered to be a down one. There’s little star power at the top when looking at Malik Willis, Kenny Pickett, and Desmond Ridder.

No disrespect to any of them, but there’s not one player you can pinpoint as being a sure-fire franchise passer. In fact, we may not even see the first signal caller selected until late in the first round.

Odds are that Willis is the first to go, and it could wind up being in the top 10 to a team like Carolina or Atlanta. But if those teams don’t pull the trigger, we might not see a passer selected until pick No. 20 with the Steelers.

Davis compared that to last year, when we saw five quarterbacks taken over the first 15 picks. That included each of the first three selections.

He then dropped a bombshell about his personal draft grades while singling out one player as a potential trade candidate.

Davis appeared on the Pat McAfee Show to discuss the NFL Draft. He says that all five first round quarterbacks from 2021, plus third-round pick Davis Mills, all graded higher than every passer in this year’s class.

“If you take last year’s draft, and I’ll speak just for me, the top five quarterbacks that went, and Davis Mills who went to Houston, that’s six, all of them would’ve carried a higher grade than the first quarterback in this year’s draft.”

That’s mind-blowing to hear, even considering the weak 2022 group. It could, however, open up an opportunity for one young passer to be traded over the weekend.

Jordan Love Could Be A Trade Candidate

With Davis mentioning that last year’s class is far better than this year’s, it could lead teams to look for a trade rather than a draft pick.

Why take a chance on a quarterback you don’t see as a long-term answer when you could trade for a young passer that had a higher grade?

"Everyone's grade on Jordan Love for this year's draft, would be higher than the guys who are in this draft." https://t.co/Jkpr20PLvX

Davis says, especially with the re-signing of Aaron Rodgers, that Jordan Love could be a prime candidate to be moved on draft week. He grades out higher than everyone on this year’s board, and still provides youth and potential.

Time will tell whether the Packers are ready to move their 2020 top pick. There’s always a feeling of uncertainty when dealing with Aaron Rodgers’s future. If they do, one team might end up with a quarterback talent that they just can’t find in this year’s class.