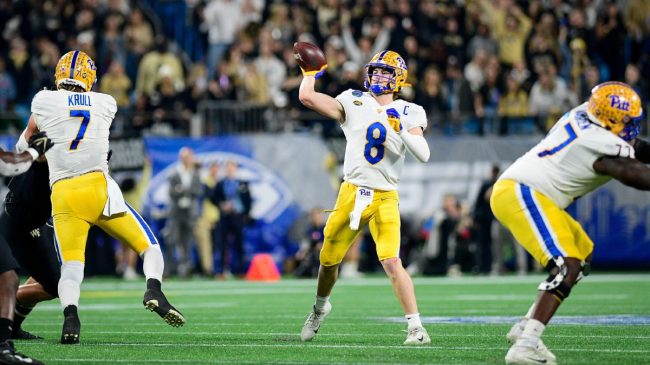 The NFL Draft gets underway on Thursday night with teams making their first-round selections.

As expected, the quarterback position is the one being discussed most. The most important player on the field, many organizations will take a chance early on a passer, even if there are players that they believe are rated higher on their boards.

A number of clubs will be in search of signal callers, too.

The Steelers, Panthers, and Seahawks could all conceivably make moves to acquire the QBs that they believe will best benefit the team moving forward.

While there isn’t a clear-cut franchise passer in the draft class, there are a handful of talented playmakers that will find themselves being taken in the first round.

Sports bettors will have the opportunity to wager on a number of prop bets involving draft position, draft order, team picks, and more. With that being said, the latest odds for quarterbacks are out just a day ahead of the selection process.

Malik Willis of Liberty is the favorite to be the first quarterback selected in the draft, followed by Kenny Pickett and Desmond Ridder, both of whom will likely be taken in the first round.

Matt Corral and Sam Howell round out the top five with longshots Bailey Zappe and Carson Strong boasting 100/1 odds.

There Are Some Surprises At The Top Of The List

It’s also funny to compare these odds to what we expected to see before the season.

Matt Corral and Sam Howell were the top two names being talked about as No. 1 picks. Both put up decent numbers in their final seasons, but have seemingly been passed over by Willis, Pickett, and Ridder.

It will be interesting to see where these passers wind up. We should see a couple of them come off the board on Thursday.