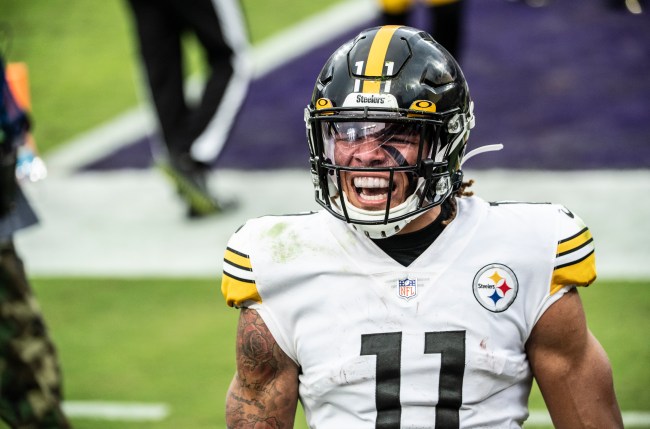 Steelers WR Chase Claypool likely has a string of Zoom calls lined up today to strategize how to answer why an All-Rookie Team receiver was compelled to Lionel Messi some poor sap’s face in the parking lot at some random bar in So-Cal.

The brouhaha reportedly occurred on March 13 at the Wild Goose Tavern in Costa Mesa, California, after there “was an issue involving someone throwing dollar bills at a woman inside the bar, which sparked an argument,” according to TMZ.

We’re told Chase was NOT an instigator — but as you can see in the video, things started to get out of control and Chase jumped into the action to help out one of his buddies.
The Costa Mesa Police confirm they received a call for a fight at that location but when officers arrived, security told them the parties involved had already left. Nobody has been arrested or charged with a crime.

I need to know what possessed someone to escalate a situation with a 6’4”, 238-pounder who is proven to want that smoke.