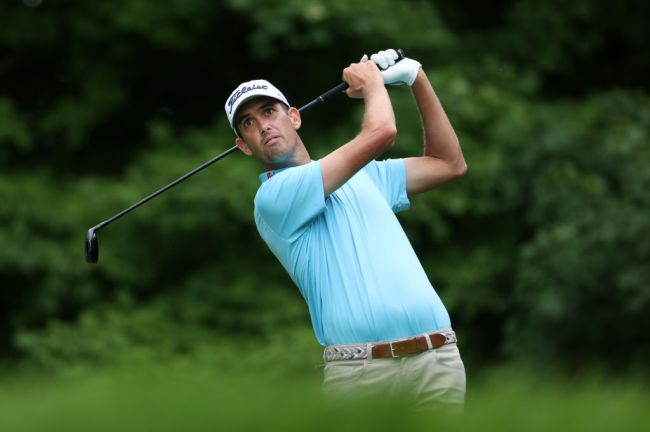 The final Sunday of the PGA Tour’s regular-season is one of the most unique days in golf, and Chesson Hadley’s experience during the final round of the Wyndham Championship is the perfect example as to why.

Hadley woke up Sunday knowing he wasn’t going to win the golf tournament. He already earned himself a paycheck by making the cut on Friday, but the only number he had on his mind throughout the day was 125. The Top 125 players in the FedEx Cup standings after Sunday’s regular-season finale keep their Tour cards for next season and live to play next week’s Northern Trust to kick off the Playoffs. Hadley began the day outside of the Top 125, he knew he had to post a low number to even have a shot at earning a spot, and that’s exactly what he did with an 8-under 62 on Sunday.

Any round of 62 is an eventful one, but Hadley’s was even more so as he hit his first-ever hole-in-one on the Par 3 16th. Talk about an unbelievable time to card your first ace with your career on the line. Even after he signed his scorecard, Hadley had to wait and see how the rest of the tournament played out to see if he would slide into that coveted 125th spot.

As he waited, Hadley caught up with Amanda Balionis and delivered one of the best interviews you’ll ever see.

The waterworks immediately start as Hadley describes what a tough year it’s been for him.

"It's emotional because I care. I'm not just out here for fun. This is my job and I love it."

Chesson Hadley joins @Amanda_Balionis full of emotion after a round of 62 at the @WyndhamChamp. pic.twitter.com/3igSpphnt7

It has been a tough year for Hadley having missed the cut in 14 of the 26 events he’s played this season. His lone Top 10 was a T-2 finish at the Palmetto Championship in June, a tournament he should have won as he held a commanding lead before bogeying the final three holes of the tournament.