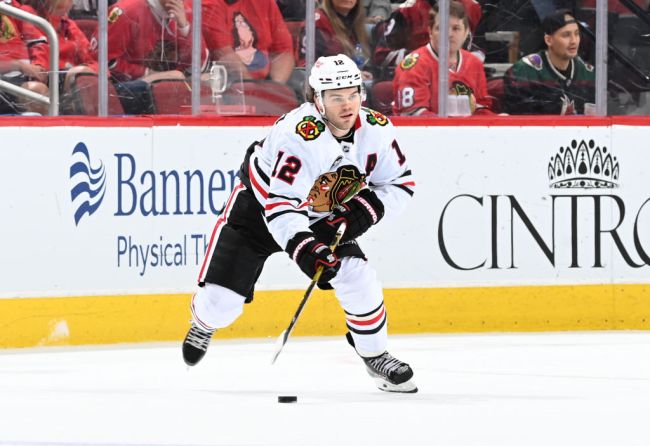 The Chicago Blackhawks and Ottawa Senators agreed to the biggest trade of the NHL offseason so far.

The move is a huge win for the Senators as DeBrincat is just 24 years old, but has already had 2 seasons where he topped 40 goals and has only failed to reach 25 goals once in 5 NHL seasons.

The move is a bit less exciting for the Blackhawks and they seemingly once again head for a rebuild and land a surprisingly small trade package for a young player with this much goal scoring ability.

The move has seen the Blackhawks get crushed on Twitter.

The city of Chicago has spoken. pic.twitter.com/4pQ62AdK0V

Blackhawks fans seeing the return they got for Alex Debrincat: pic.twitter.com/Ik3tp9NexE

Somewhere right now, you gotta believe Patrick Kane is screaming his head off. Another successful linemate of his traded away in the midst of his prime. Truly sad stuff. #Blackhawks

The Blackhawks will regret this one.

The Blackhawks will need to make those draft picks count or they’ll be ridiculed for this for years to come.