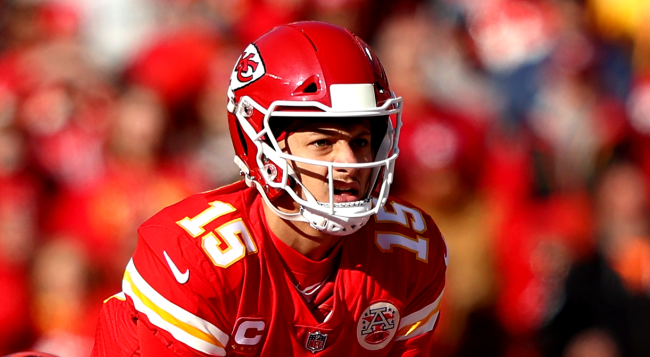 In an unprecedented twist of fate, the Kansas City Chiefs’ first eight opponents on their 2022 schedule will all have had winning records last season.

The Chiefs won’t play a team that had a losing record in 2021 until Week 10 of the NFL season when they face off against the Jacksonville Jaguars.

Every year the teams that finish in first place in their division, as the Chiefs did when they went 12-5 in 2021, have a tougher schedule than most. This, however, is a gauntlet that no NFL team has ever had to face before. Seven of the nine teams the Chiefs face to start the season made the playoffs in 2021.

After getting a short reprieve against Jacksonville in Week 10, in Week 11 the Chiefs then have to go to Los Angeles to play the Chargers again. In Week 12, Kansas City then takes on the Rams who went 12-5 and won the Super Bowl. And then in Week 13, they get the Bengals, the team that beat them in the AFC Championship.

So in the Chiefs first 13 Weeks of the season in 2022 they will play only one team with a sub .500 record – and 10 of those games come against playoff teams. They also get the Broncos with the new addition of Russell Wilson in Weeks 14 and 17, and the Raiders for a second time in Week 18. (Seattle and Houston are their other two games.)

NFL fans, and Chiefs fans in particular, had some very entertaining reactions to Kansas City’s brutal slate of opponents in 2022.

Why does the NFL hate the Chiefs?

Finally their cakewalk schedule comes to an end

I’m trying to find the point where I feel bad for them. Ooh wait, I don’t feel bad for them one bit. Week 6 is when the Bills come to town and change the leader of the AFC for once and for all. GO BILLS!!!

Every year the NFL piles on the Chiefs with a crazy difficult schedule. Whatever.