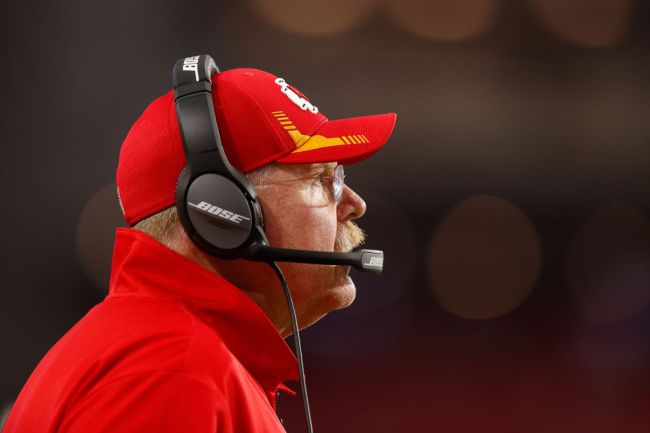 There’s a bit of a worrying situation in Kansas City regarding Chiefs head coach Andy Reid.

Following the Chiefs-Chargers game on Sunday, Reid was reportedly taken to the hospital in an ambulance after feeling ill in the locker room.

Chiefs announced Andy Reid was feeling ill, so he did not address media out of caution. I can confirm he left the stadium in an ambulance. Players didn’t know he wasn’t feeling well and were told he should be ok. Everything is pointing toward the Chiefs taking every precaution.

Chiefs’ coach Andy Reid was transported by ambulance to a local hospital following Sunday’s game. A source close to Reid told @espn and @JeffDarlington that the Chiefs’ HC was in good spirits when he departed for precautionary observation after he felt ill.

Raid apparently was able to speak to the team before alerting team doctors of his condition.

Chiefs head coach Andy Reid was feeling ill, according to a team official, and did not address the media after the team’s 30-24 loss to the Los Angeles Chargers on Sunday at Arrowhead Stadium.

ut no meeting with the media, as is customary.

“He just wasn’t feeling well after the game,” Toub said. “He did talk to the team, and it was a good talk. Pretty much, ‘You have to quit the turnovers.’”

Hopefully Andy Reid is okay and his condition isn’t serious.