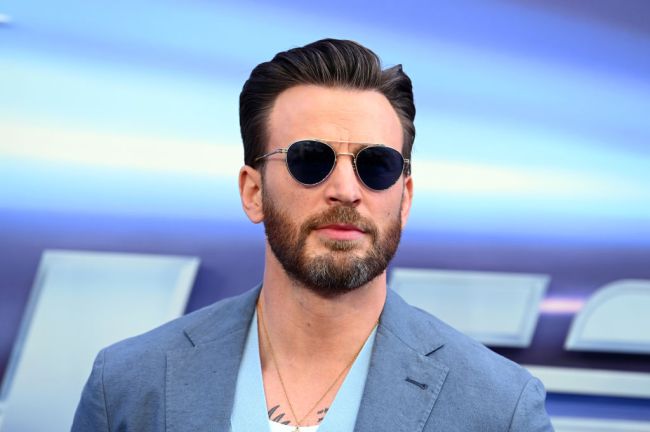 When fans learned of Captain America’s fate at the end of “Avengers: Endgame”, it left them with a lot of questions. How did he spend his life in the alternate timeline? Did e save that timeline’s Bucky from Hydra? How did he just show up on that bench?

Now, there may be a new question for fans to ask about that alternate timeline. Did Steve Rogers get a better suit in that timeline?

It’s likely not something that has concerned fans much in the past, but today, Chris Evans revealed that he believes Captain America had the worst suit of all the Avengers and you can’t help but wonder if he addressed that in Captain America’s fairytale ending.

Chris Evans and Taika Waititi are in agreement that Captain America's suit is the worst of all the Avengers… 😮😂 pic.twitter.com/vSYiXJAuEw

Evans certainly isn’t wrong in his assessment of Captain America’s suit, but what can you really expect for a character whose original suit was designed in the 40s? While characters like War Machine and Spider-Man were getting outfitted with advanced technology from Iron Man, Steve Rogers unfortunately got stuck with the wrong Stark.

At least Evans got to play a character with better powers than some of his counterparts. Black Widow was just a very well-trained assassin and Hawkeye’s super power was firing the MCU’s least useful weapon very accurately.

Maybe someday fans will get to see Evans don a suit he likes more in a spinoff about Cap’s time with Peggy or as an alternate Steve Rogers in a Peggy Carter movie or series. If it’s the Steve Rogers from the “What If?” series, Evans might be a little bit more excited about the suit that comes with the role.