Chris Godwin Explains Why He Gave Tom Brady The No. 12 Jersey, And You Can’t Blame Him 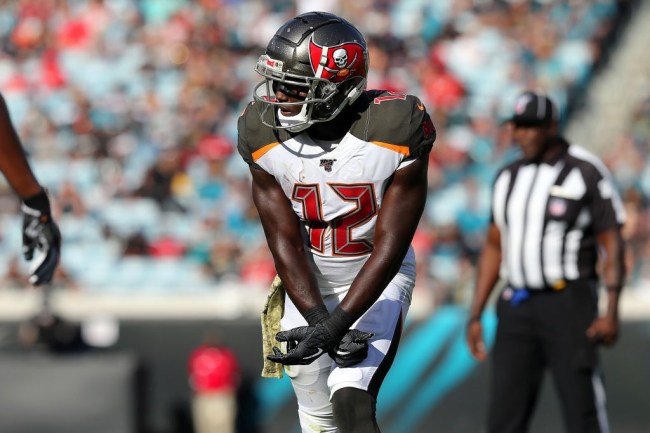 When Tom Brady signed with the Tampa Bay Buccaneers in March there was a problem: his No. 12 jersey was owned by somebody else, wide receiver Chris Godwin.

We’ve since learned that Godwin gave up the coveted digits to Brady, but up until now we didn’t really know why. After all, Godwin has put together three impressive seasons as a Buc and has rightfully earned the right to keep the No. 12, but when Brady comes a calling, you answer.

It turns out that it wasn’t the easiest of decisions to make for Godwin and it frustrated him at first, but ultimately decided to honor the GOAT.

“I have been wearing No. 12 since high school and it means a lot to me,” Godwin said on The Checkdown. “At first it bothered me a little bit, it was kind of getting at me because it is part of my identity, but when the GOAT comes calling you kind of concede to him. Like I said, hopefully I can get a ring or two or three out of that. I was more than happy to do it.”

Well with that explanation, you certainly can’t blame the guy. I think Godwin, and pretty much every other player in the league, would change their number if it means a ring, or two, or three as he described.

Two or three rings may be a bit of a stretch seeing as how Brady is soon to turn 43-years-old, but it’s easy to see where Godwin is coming from here.