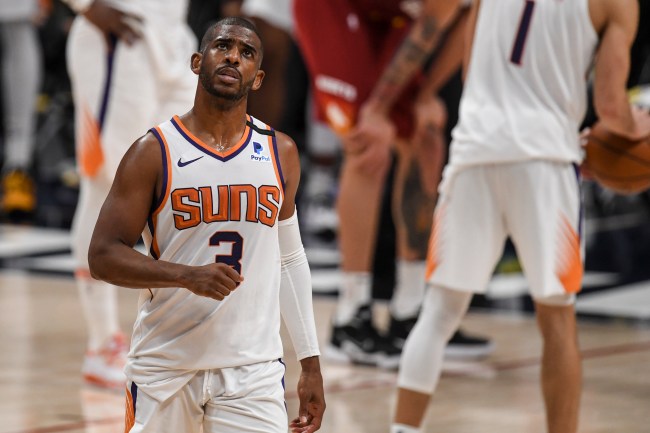 The basketball gods are relentless, soulless deities that want to watch the world burn.

For just the second time in his 16-year NBA career, after leading the Phoenix Suns to the first playoff sweep of his career, eventual Hall of Famer Chris Paul is heading to the Conference Finals.

Technically, this was slated to be his first full Conference Finals appearance, considering he missed Games 6 and 7 of the 2018 Conference Finals with the Rockets due to a hamstring injury. Houston dropped the series to Golden State in 7.

In a bombshell report confirmed to ESPN’s Malika Andrews, the second-team All NBA point guard has entered the NBA’s COVID-related health and safety protocols and is out indefinitely, jeopardizing his availability for the Western Conference finals.

The NBA’s rules for coronavirus-related isolation periods have evolved throughout the season in correlation with increasing vaccine numbers. If Paul is already vaccinated against COVID-19, he could be facing a shorter absence from the Suns.

Shams Charania of The Athletic claimed that Paul’s status for the start of the Western Conference Finals is “up in the air” right now.

The Chris Paul Curse is so real.