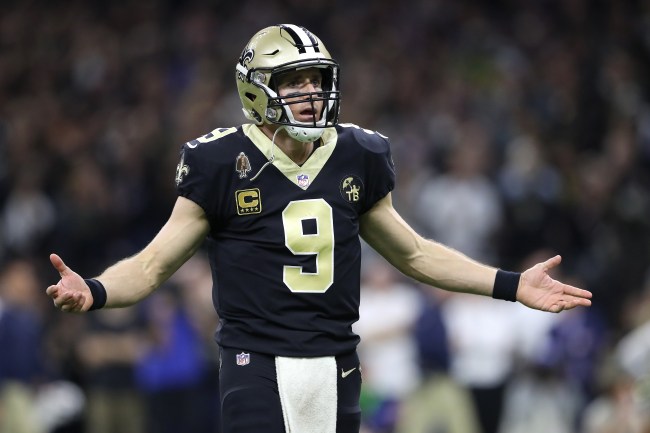 Personally, I’m never opposed to glancing at a well put together list, after all, people put time into these things and are trying to entertain us as the NFL season (hopefully) approaches. With that being said, some people out there put together these lists just to watch the internet burn.

Let me introduce you to Chris Simms, a former NFL quarterback, that appears to actually think that there are 15 quarterbacks in the NFL that are better than Drew Brees. Yes, the same Drew Brees that leads the NFL in career pass completions, career completion percentage, career passing yards, and career touchdown passes.

Revealed #16 & #15 on the latest pod, also addressing them on @PFT_Live this morning. Will also be answering questions so send them our way. pic.twitter.com/OBKwCUHVfD

This list is absolutely ridiculous, but he accomplished what he wanted and that was for people to talk about him and these absurd rankings. He even slipped Tom Brady in at No. 15 to really take the trolling to another level.

It’s so unbelievably clear that Simms elected to do this to grab some headlines because if you look at the rankings, slots 17-20 just aren’t there. Who reveals rankings list just completely out of order? Chris Simms does, baby.

I’d definitely get ready to see Cam Newton, who is still unemployed at the moment, or someone like Ryan Tannehill be among the Top 14 quarterbacks. If he really wants to take things to an all-time level he’ll throw Colin Kaepernick in the Top 14.