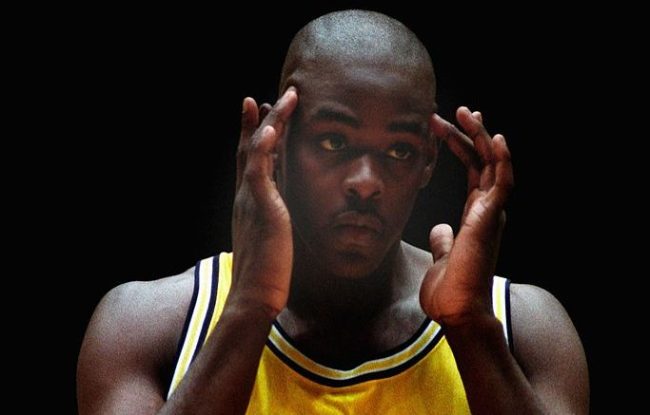 After years of tension with his former school, Chris Webber said that University of Michigan Athletic Director Warde Manuel gave him an apology. It was supposedly the first step toward reconciliation, but Manuel says that it is completely false.

Where did things go wrong?

The rocky relationship between Webber and Michigan began in 2003 when he pleaded guilty to a criminal contempt charge in federal court and admitted to accepting money from former booster Ed Martin. Martin testified that he gave Webber and three other Michigan athletes more than $600,000 combined throughout their careers.

Following the plea deal, Michigan disassociated from Webber from 10 years while the other four members of the Fab Five were celebrated as royalty. The disassociation stripped the former All-American’s stats from the university’s record books and kept him away from the sidelines.

Where do things stand today?

Tension between Webber and Michigan has ebbed in recent years and he was in attendance during a 2018 football game. The crowd even cheered when he was introduced.

Most recently, in a wide-ranging interview with ESPN, Webber said that he received an apology from the school, and Manuel specifically.

“I was told by the athletic director at the University of Michigan that he was sorry,” Webber said. “And he wasn’t even there at the time [I was playing]. He told me that he did his research and that he needs to apologize. His exact words [were] he needs ‘to apologize to the 18-year-old Chris Webber because we didn’t protect him.'”

Manuel completely shut down Webber’s comments in a recent conversation with the Detroit News. He says that there was never an apology made.

“I enjoyed the conversation with Chris when we met several years ago,” Manuel said. “But I can assure you I made no apology to Chris and, for those who may be curious, I never asked him to apologize to the University of Michigan. I wish Chris nothing but the best, and I’m that he’s being inducted into the Basketball Hall of Fame.”

It is extremely unclear as to who is telling the truth. However, for Manuel to make such a profound statement sheds light on how poor the relationship between Michigan and Webber remains.

Not even for a moment did Manuel think about owning up to the alleged apology. Nor did he choose to let Webber’s comments pass by in the night.

Manuel made a conscious choice to debunk the rumors and keep Webber from having the upper hand. Ouch.