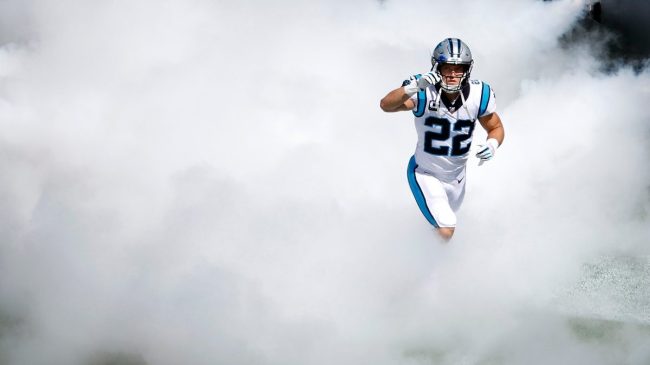 The Carolina Panthers are hoping to get one in the win column on Sunday. They have a tough matchup though against the New Orleans Saints, which should make it an interesting game. However, some fans are concerned about Christian McCaffrey’s health as he finds himself on the injury report again. The star running back delivers a hilarious response to the news.

Christian McCaffrey Is Absolutely Tired Of Hearing About The Injury Reports

According to Joe Person, McCaffrey was asked about his newly reported injury. The Panthers’ star running back didn’t shy away from the question. “I think at this point if I went to take a leak during practice, I’d end up the [injury] report.”

Christian McCaffrey: “I think at this point if I went to take a leak during practice, I’d end up on the (injury) report.”

Which is to say, he expects to play Sunday despite the ankle stiffness.

It is hilarious true though. If Christian McCaffrey sneezed wrong there might even be an injury report about that. It’s nice to hear he’s doing fine though. His heavy sarcasm definitely indicates he’ll be ready to go in Week 3 against the Saints.

At the end of the day, this is great news for the Panthers. McCaffrey is their best player on offense and they need him healthy if they hope to compete in the NFC South. Matt Rhule hasn’t called Christian McCaffrey’s number as much as fans would like to see. So, hopefully, that changes come Sunday.

Look for the Panthers’ star running back to hit the field in full swing. If Carolina can earn a win at home, then they’ll be in much better shape moving forward in the 2022 season. If not, well, things could start getting dicey for this franchise.